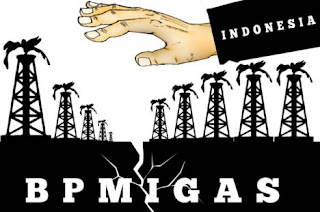 The decision by the Constitutional Court this week to disband oil and gas regulator BPMigas has thrown the industry into confusion, and a solution must be found quickly.

More critically, the court’s action has highlighted the underlying weakness of the country’s capacity to draft complex laws that regulate major sectors of the economy.

Drafting such laws is not an easy task but there is no question that both the government and the House of Representatives could have done a better job.

The court said that while BPMigas represented the government, it was unable to control the oil and gas sector for the benefit of the people, and thus failed to comply with Article 33 of the Constitution.

Moreover, the Oil and Gas law is not an exception. According to the court, it has amended nearly 60 laws since its establishment in 2003 primarily because these laws were not in accordance with the Constitution.

It is therefore critical that both the legislature and the government raise their expertise and knowledge of the country’s evolving legal system. Laws must not only be clearly thought through and worded appropriately, they must adhere to the Constitution.

The Constitutional Court must also clearly explain its thought process and the rationale behind its decisions. Its interpretation of the Constitution must be consistent so that lawmakers can have clear guidance when framing laws.

The recent chain of events should serve to ensure that future laws are better written and better framed. We must view this as a learning process so that businesses, both local and foreign, can have greater legal certainty and so that the interests of the people are served. Jakarta Globe