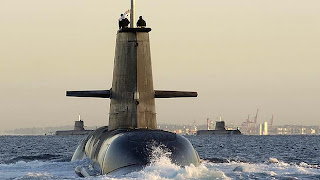 PHNOM PENH: An arms-buying spree across south-east Asia will be the elephant in the room when almost 20 world leaders meet in the Cambodian capital, Phnom Penh, on Tuesday.

Defence spending across the region increased 13.5 per cent to $US25.4 billion ($24.5 billion) last year and was expected to rise to $US40 billion by 2016, the Stockholm International Peace Research Institute said.

Flush with economic success and wary of China's military expansion, countries are acquiring sophisticated sea- and air-based arsenals that include dozens of submarines that can operate in secret.

The institute said Indonesia, Vietnam, Thailand and Cambodia had increased defence budgets by 66 per cent to 82 per cent from 2002 to last year.

Indonesia was buying submarines from South Korea and coastal radar systems from China and the US, Vietnam was getting submarines and combat jets from Russia and had acquired Israeli ballistic missiles, defence analysts said.

Vietnam's defence budget for this year is $US3.1 billion, a rise of 35 per cent over last year. The Philippines has a huge wish-list of equipment it wants from the US and is also approaching Japan, South Korea, France and Britain for defence acquisitions.

Singapore, already the fifth-largest weapons importing nation, looked like keeping its title as the region's biggest spender, allocating $US9.7 billion this year on defence, 24 per cent of its national budget. The city-state's purchases included combat jets from the US and submarines from Sweden.
Thailand was planning to buy submarines and warplanes from Sweden that would eventually be fitted with anti-ship missiles, while arms deliveries to Malaysia jumped eightfold over the five years to 2009.

For decades, much of south-east Asia spent little on weapons except guns and tanks to respond to internal threats. But they are now building their defence capabilities amid tensions over territorial claims in the South China Sea and other squabbles that underscore the role of the East Asia Summit.

Leaders attending include the US President, Barack Obama, the Chinese Premier, Wen Jiabao, and the Australian Prime Minister, Julia Gillard.

Defence officials estimated 86 submarines would be added to regional fleets by 2020, 30 of which would belong to China, which already had the most.

Some Chinese nuclear submarines were expected to carry 12 sea-launched ballistic missiles and could eventually be equipped with multiple warheads.

A south-east Asia analyst from the Australian Defence Force Academy at the University of NSW, Carl Thayer, said the ''deployment of nuclear submarines, including ballistic missile submarines, will introduce a new geostrategic dimension to the regional balance of power''.

Professor Thayer said Chinese nuclear submarine deployments would attract continuing attention from the US Navy. He warned the arms buying spree could have a destabilising impact on regional security.

In a paper delivered in Vietnam at the weekend, Professor Thayer says ''south-east Asia is ripe for rivalry - but not armed conflict - due to the strategic mistrust between a rising and increasingly militarily powerful China and a US committed to maintaining the present balance of power''.

Senior US officials said Mr Obama's trip to Cambodia, the first by a US president, would reinforce the ''pivot'' of US security forces to Asia and the Pacific. The strategy is seen as a counterweight to China, which is aggressively asserting its claim to almost all the South China Sea. Parts of the area are also claimed by the Philippines, Brunei, Malaysia and Vietnam.

In his paper, Professor Thayer says the ''most disturbing'' trend in defence spending is China's growing reliance on citizen fishing fleets and paramilitary forces gathering in a disputed area to assert Chinese jurisdiction. SMH