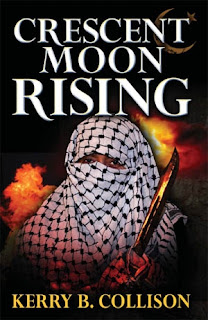 Terrorism in Indonesia is less of a threat than in the past but the rise of Islamist advocacy groups working for policy change poses another challenge to the government.

In its latest assessment, the International Crisis Group says many of the young men turning to extremist violence are harboured by a growing number of Islamist NGOs campaigning against vice, apostasy and minorities.

The Senior Advisor to the International Crisis Group in Jakarta, Sidney Jones, says while the number of extremist groups has actually grown, they are smaller and less well organised.

JONES: And I think that the concern is that we're seeing a number of very small groups arise in a way that raises the possibility we could get more attempts at violent acts even if a much more amateurish initiative.

SNOWDON: And their focus you say is less on foreign targets. Does that mean they're looking at domestic issues, domestic targets potentially?

JONES: It means the police are enemy number one. So everybody who's been killed in a terrorist action in the last two years has been a policeman.

SNOWDON: And is it just the effectiveness of improved policing? Have there been significant changes within the Indonesian society at all that you can point to which has led to some of this change in the modus operandi of groups and their fragmentation?

JONES: As Indonesian democracy has matured, it has given rise to a whole range of groups, including some very hard-line, one could say anti-democratic Islamist forces, which engage in low-level violence in the name of anti-vice campaigns. For example bashing up bars or brothels, and in some cases going after minorities that they regard as deviants, such as the Ahmadiyah sect where we've seen Ahmadiyah property, and in some cases people, being attacked by these groups. One of the things we're seeing is that increasingly some of these groups are becoming almost a training ground for people who then go on to use more serious forms of violence, no longer sticks and clubs and iron pipes, but bombs and guns.

SNOWDON: Which could become a bigger problem in future? What's your assessment?

JONES: Well I think we're going to see an ongoing problem of small groups emerging out of some of these anti-vice campaigns and it becomes increasingly important for the Indonesian government to take these anti-vice groups seriously and to treat with absolute zero tolerance any use of violence and any infringement of the Indonesian criminal code. Instead of saying well these people are a nuisance but not that much of a problem, they are a problem and need to be dealt with.

SNOWDON: And you're saying the Indonesian government is not dealing with them enough?

JONES: I think we're seeing far too much complacency, and in some cases active involvement of officials at a local level because they see these groups as undertaking actions that resonate with deeply conservative populations at the local level. So this is a case where a very democratic society in Indonesia has given rise to some very anti-democratic forces.

SNOWDON: And as you say the number of these groups are increasing and perhaps their potency?

JONES: I think in terms of the Islamist civil society groups, I think they are increasing in influence because they are able to actually influence public policy at a local level. And that's fine and democratic societies should have room for groups across the political spectrum, where there shouldn't be tolerance for such groups is if they use violence and if they actively promote hatred toward minorities in a democratic society.

SNOWDON: And imposes on the emerging democracy itself?

JONES: Yes, I think that it's gotten to the point now where Indonesians have to make some pretty important decisions. For example where do you draw the line between freedom of expression and criminal incitement? That's an issue that all societies; Australia, the United States, Turkey, Egypt, all of those are facing, and the threshold may not be the same in each of those countries, but where freedom of expression leads to direct violence against minorities that should be protected by the state, then we've got a problem.

SNOWDON: Well other societies have dealt with that of course. Do any neighbours, Australia included, offer models or partial solutions?

JONES: I think that there are models, especially in terms of working with communities, and I think one of the needs in Indonesia now is to move away from just focussing on curbing terrorism and that cooperation has been very effective. The need now is to see how you deal with extremist teachings in a democratic society through working with communities, and I do think Australia has a lot to offer. Radio Australia interview