Australia’s lack of China literacy is holding back business 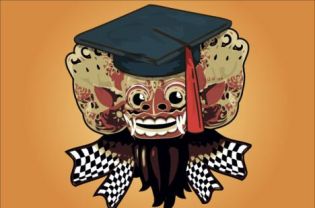 China is now Australia’s largest trading partner, and over the coming decades it will be Australia’s most important economic partner. Australia and China share a high degree of economic complementarity, especially in the minerals and energy sectors. But the opportunity presented by China faces a significant threat: Chinese business leaders and government officials increasingly view Australia as a difficult and unfriendly place to conduct business.

Some attribute this view to representations made by prominent Australian politicians from all sides of parliament — most recently Nationals Senate Leader Barnaby Joyce and Leader of the Opposition Tony Abbott. But political gaffes are only part of the story. Negative media attention has focused on the opposition of sales to Chinese interests, the eschewal of proposed Chinese investments, and Australia’s ostensible preference for FTAs with Japan over China. These factors have led to a strong reaction in China. Furthermore, Australia’s decision to allow the United States to station troops in Darwin has aroused added tension between the Australian and Chinese governments.

While the economic benefits of Australia’s trade complementarity with China are well known, the increasing complexity of the global market system, added with the intricacies of conducting business within disparate political and cultural systems, does not allow room for xenophobic tendencies or cultural insensitivity. Cultural capabilities and Asian literacy skills among Australian leaders and businesses is therefore paramount to Australia’s continued success in the region and subsequent global competitiveness.

Unfortunately, there is a dearth of Asian literacy skills and cultural sensitivity in Australia, both in an organisational and individual context. Mastering the Chinese language is key to overcoming cultural obstacles between Australia and China and would enhance business relationships. But while the Australian government has enthusiastically supported Asian literacy since 2007, school administrators remain sceptical of the possibilities for improving Chinese language provision and enrolments in Chinese language classes.

While they appreciate China’s growing influence, many Australian students still hold the view that Chinese is simply too hard to master. The Foreign Service Institute in Washington, DC has estimated that it takes an English speaker approximately 2200 hours to learn Chinese, compared with 600 hours to become proficient in French. In Australia, the Asia Education Foundation further found that an overwhelming 94 per cent of second-language learners are withdrawing from Chinese language courses before Year 12, while only six per cent of Year 12 students learning Chinese are from a non-Chinese background.

Proponents of Asian literacy advocate the need for cultural competence. Importantly, however, the cultural competence necessary to conduct business with China requires an ability to speak the language. Cultural skills enhance service delivery and improve business relationships across national borders. Australia’s ability to engage and transact in a way that is culturally appropriate and sensitive to Chinese behaviours, customs and policies is critical to overcoming the growing sentiment that Australia is a difficult place to do business. Cultural competence will make Australia more attractive to foreign investors, and ultimately enhance the Australian brand among potential Chinese investors.

The recently released Australia in the Asian Century white paper outlines a suite of goals and objectives for the Australian government and Australian businesses. It explains that, to achieve those goals, Australia will need ‘closer educational, cultural and people to people links’ with Asian countries. Critically, the Australian government has called for a deeper and broader understanding of Asian cultures and languages. The white paper sets out possible ways in which Australian students, businesses, parliaments and national institutions can develop the cultural skills needed to better engage Australia’s regional business partners. To further support the growth of Asian literacy, the white paper requires that all Australian students have access to at least one priority Asian language — Mandarin Chinese, Hindi, Indonesian or Japanese. How the government plans to tackle its failure to retain students past Year 11 — particularly those enrolled in Chinese language courses — is yet to be addressed.

The need to engage and support an Asia-literate society as Australia moves into the Asian century is undeniable and manifested clearly within the government’s white paper. But only an ability to transcend the rhetoric, prioritise cultural competence and create an Asia-literate workforce will help to connect Australia with Chinese business partners. Cross-cultural capabilities among Australian students, politicians and business leaders will help to enhance the Australian brand in China, and allow Australian companies to effectively harness the possibilities arising from China’s continued economic growth.

Elizabeth Payne is a graduate of the Master of Public Policy program at the Crawford School of Public Policy, the Australian National University, and a consultant for the Northern Territory government. She represented the ANU College of Asia and the Pacific at the 2012 Australia-China Youth Dialogue in Beijing in October 2012.A version of this article was first published on the ANU College of the Asia and Pacific website. East Asia Forum