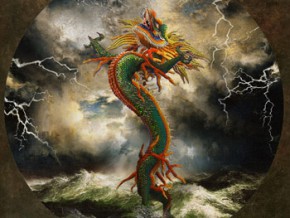 Wages and other factor prices tend to increase in tandem with economic development. This causes labour-intensive industries to lose their traditional comparative advantage over time, pushing enterprises to other regions or countries with lower costs.

This pattern is known as the ‘flying geese’ model. In the past three decades the Chinese economy has experienced phenomenal growth thanks largely to rapid expansion in the labour-intensive manufacturing sector. This expansion, which was overwhelmingly concentrated in coastal areas, is now increasingly moving inland.

As China opened up to the world beginning in the late 1970s, its coastal regions enjoyed a geographic advantage compared with their interior counterparts because of their proximity to international markets. Chasing the abundant supply of cheap labour, massive foreign investment flew to the coastal regions. Coupled with favourable policy support from the central government, the coastal areas have witnessed a three-decade-plus manufacturing boom.

China behaves much like a typical dual economy with a large supply of surplus labour in rural areas. As the industrial sector draws millions of workers from farms to factory floors, the amount of excess labour in rural areas dwindles. In such circumstances workers have more leverage when negotiating wages with employers because they cannot be easily replaced. When a labour market reaches this point the wage rate is likely to climb at a much faster pace than before. This is the so-called Lewis turning point. After the turning point the capital–labour ratio rises rapidly, imposing huge pressure on labour-intensive enterprises. In order to survive in the new paradigm of labour shortage, firms must either introduce more capital-intensive technologies to replace labourers or relocate their business to a region with cheaper labour costs.

China will eventually have to upgrade its industries by introducing more capital-intensive techniques and producing more high-quality goods. But in the short term, because of large regional variations in factor prices, enterprises can move their operations to interior regions to take advantage of cheaper labour and land. Recent studies confirm that this ‘flying geese’ pattern has occurred in the textile industry. A more recent and much larger study of the Chinese manufacturing sector shows that since the mid-2000s the share of manufacturing-sector assets across all industries located in inland regions has steadily increased, especially in labour-intensive industries.

The findings are conclusive: the coastal region plays a dominant role in shaping China’s manufacturing sector. In 1998 it employed more than 55 per cent of workers in the whole country, accumulated nearly two-thirds of assets and produced more than 70 per cent of output. By 2008, its shares of employment, asset and output values had all risen to more than 70 per cent.
Despite the increasing importance of the coastal region in the manufacturing sector between 1998 and 2008, the speed of growth has slowed since 2004. Since then the output share has been decreasing.

Rising labour costs are likely a significant driver of this migration to inland regions. Wages have been steadily increasing across all regions, and their growth has accelerated since 2003.

Labourers are more expensive in the coastal region than in the inland. In 2007 average coastal workers earned RMB5,000–29,000 higher than their inland counterparts. In 1996 coastal workers in labour-intensive industries earned less than the average of the entire manufacturing sector. By 2007 the wage difference across industries no longer existed in the coastal region, but it persists in inland regions. This suggests there is still room for labour-intensive industries to move inland to take advantage of relatively cheap labour costs.

As more enterprises move into interior regions they hire a greater number of local workers, pushing up local wages. The regional variation in wage rates will then drop as businesses fly from high-wage coastal regions to low-wage inland regions. This process is already underway, with data for the last decade showing wage convergence over time. This trend in wage inequality seems to support the claim that ‘geese’ have flocked to the inland regions.

As labour costs continue to rise, the labour-intensive manufacturing industries in China will gradually lose their cost advantages in the international market regardless of which region they operate in. Now that China has passed the Lewis turning point it must either upgrade quality to move up the value chain or relocate businesses to countries with lower labour costs, such as Bangladesh and Ethiopia.