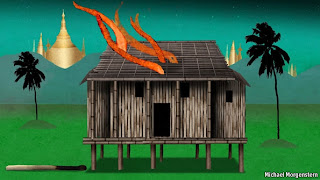 N THE morning sunlight, the panorama from the Shwethaung pagoda, on the highest hill in Mrauk-u, looked magical: lush rice paddy, sparkling lakes and wooded hills, many topped by other glinting gilt pagodas. But in one spot, black smoke was billowing. Another village was burning. From October 22nd-24th Mrauk-u, a tourist centre in Rakhine state in Myanmar, and former capital of the independent kingdom of Arakan, turned into a war zone.

Below the pagoda a spontaneous, medieval army was massing. Hundreds of young men were on the march: packed on the backs of pickups, on motorcycles, on trishaws, tuk-tuks and bicycles, but mostly on foot. They carried spears, swords, cleavers, bamboo staves, slingshots, crossbows and the occasional petrol bomb. Violence between the Buddhist majority and the mostly Muslim Rohingya minority has wracked Rakhine since June. These were angry Buddhists seeking to avenge the deaths of three of their kin, killed, they said, by Muslims. One tugged at an imaginary beard and made a grisly throat-cutting gesture. 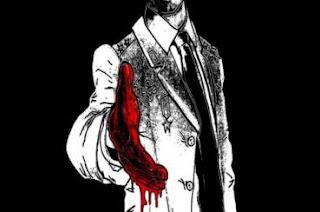 Within days the trouble had spread across Rakhine, a strip of Myanmar’s western coastline that borders Bangladesh in the north. The government reported 82 killed, 4,600 houses burned and more than 22,000 people displaced—all almost certainly underestimates. Satellite imagery shows the utter destruction of a Muslim quarter of the coastal town of Kyaukphyu, from where oil-and-gas pipelines are to cross Myanmar to China.

Many of its residents had fled by sea for the state capital, Sittwe, to join some 75,000 others, mostly Rohingyas, who have been confined to squalid camps since June, when the conflict flared up after the rape and murder of a Buddhist woman. A state of emergency was imposed. Sittwe has been under curfew ever since, as now are some other parts of Rakhine. Some blame the central government for fuelling the violence: some ministers made inflammatory statements, perhaps hoping to derail Myanmar’s democratic reforms. The need to contain ethnic strife and separatism was long used to justify the army’s 50-year dictatorship. Some must mourn its passing. 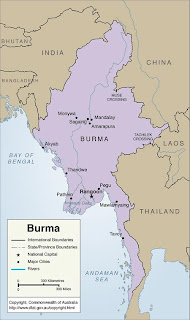 Both sides in this dispute have long memories. For most Rakhines, Rohingyas do not really exist. They say the term was coined in 1951 to describe Bengali settlers who had been brought in by the British Raj. Many more followed, they say, as illegal immigrants. So for Rakhines, the struggle, as one tract puts it, is “about an invasion of Bengali land-grabbers”. The north of the state, near the Bangladeshi border, is already more than 90% Muslim, despite a government rule limiting Muslims to two children.

Many Rakhines also resent the central government, dominated by ethnic Burmans. They see themselves as victims of serial invasions: by the Burmans in 1784, by the British in the 1820s and by Bengalis ever since. That most of the Bengali immigrants are Muslims adds religious tension. In Sittwe Aung Kyaw Zan, a writer, says Rakhines are “sandwiched between Burmanisation and Islamisation”. Shwe Maung, of a Rakhine political party, says “they are trying to Islamise us through their terrible birth rate.”

Seeing the children reciting the Koran in Arabic at a madrassa in the teeming Thet Kay Pyin camp outside Sittwe for displaced Rohingyas, the fears of ethnic and religious swamping become comprehensible. But Rohingya politicians say it is nonsense that Muslims have more children than Buddhists. And Kyaw Min, who is based in Yangon, Myanmar’s biggest city, also argues that “Rohingyas have been in Rakhine from the creation of the world. Arakan was ours; it was an Indian land for 1,000 years.”

Both sides exaggerate. Some Rakhines claim no Rohingyas deserve to be citizens; Rohingyas assert that there is not one illegal Bengali immigrant. Internationally, the Rohingyas have sympathy but little support. Nationally, the Rakhine arguments have won. At independence the new rulers of what was then Burma tried to limit citizenship to those whose roots in the country predated 1823 and British rule. The 1982 Citizenship Act does not recognise Rohingyas as an ethnic group, though those in Burma for three generations could become citizens. In practice, most of the 1m or so in Burma are stateless—far more are already overseas.

Rohingyas are not allowed to leave the northern towns or the camps in Sittwe. Buddhist monks have led a campaign for a commercial boycott. Khayk Marsara, the influential head of the Dhetkaung monastery, portrays it as a religious duty to mobilise popular anger against “greedy merchants” selling to Muslims. In Mrauk-u, where the trouble started with the mob killing of a trader caught selling rice to Muslims, one local Rakhine resident concedes that Muslims are “hungry and thirsty”.

In October Rakhine Buddhists won another victory when the government backed out of an agreement to let the Organisation of Islamic Co-operation open an office to help Rohingyas. Some frankly say they want the Rohingyas gone. They see other countries using foreign aid as a way to avoid offering them a home.

A matter of time

In the absence of mass deportation, Rakhine’s Buddhists are intent on absolute segregation. “How can we live with these terrorists?” asks one young woman in a camp in Sittwe for displaced Rakhines. That question lours over the cordoned-off quarter of Aung Mingala, Sittwe’s sole remaining Muslim district. At Friday prayers the mosque is packed—others in town, even if not destroyed, are out of bounds. The mood is subdued and desperate.

With the rainy season over, many Rohingyas are already risking their lives as boat people. This week dozens may have died when their boat sank in the Bay of Bengal. Others will try to sneak across the land border to Bangladesh. If the past is any guide, most will be turned back. Those left behind in towns as yet untouched by the violence in Rakhine find themselves shunned by their Buddhist friends and neighbours. The one belief both groups still share is that more trouble will come, at any time. Banyan for The Economist