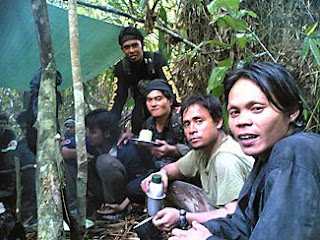 It is puzzling why the Abu Sayyaf is getting away with its violent acts despite the authorities’ claim that it was close to wiping out the group.
The Abu Sayyaf kidnaps with impunity in Mindanao. The government should look into the obvious conspiracy between the Armed Forces and the Abu Sayyaf.
Mindanao in southern Philippines, reeling from nearly four decades of communist and separatist insurgencies, is the base of operations of the Abu Sayyaf. The group has been linked to al-Qaeda and Jemaah Islamiah, another terrorist group commanding operations from its Southeast Asia base.
Conspiracy between the military and the Abu Sayyaf could be confirmed by the kidnappings of members of the International Committee of the Red Cross (ICRC), teachers and farmers, besides the beheading of hostages held by the terrorist group.
There is an impending human-rights crisis in Mindanao because of sporadic clashes between the military and Moro Islamic Liberation Front (MILF) since August over the aborted signing of an agreement on ancestral domain. The MILF has been fighting for an independent Islamic state in Mindanao since the 1970s. So had the Abu Sayyaf in the 1990s until it turned into kidnapping and banditry.
More than 610,000 people were displaced and over 100 unarmed civilians killed during clashes between soldiers and rebels in Mindanao last year.
Posted by Kerry B. Collison at 3:46 PM