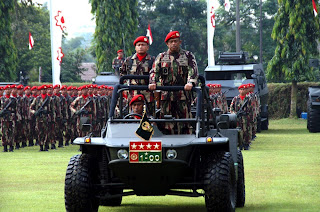 Not enough money for the military?

Try sending them `back to barracks'

Last week's Hercules transport plane crash has triggered another
round of commentaries about the lamentable state of our
antiquated defense capability, which predictably led to urgent
calls for higher military spending.
The trouble with this line of argument is that we have heard it
all before, and no one has been able to come up with an
alternative solution on how to remedy the situation. The best
answer President Susilo Bambang Yudhoyono came up with is that
military spending would be increased as soon as the economy
improved. 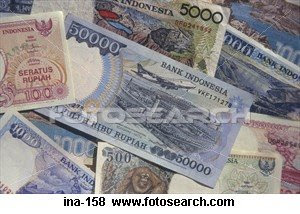 This is beginning to sound like a broken record, which will
disappear and be forgotten as soon as we move on to the next
issue, without the problem ever being fixed. We will return to
this theme again with the next (God forbid) tragedy or disaster,
affecting not only our defense equipment but worse still, our
military personnel. How many more tragic deaths can we really
tolerate?
Money is certainly an issue in building our defense capability,
but then again money is an issue with every sector, including
education, health and the economy.
Our defense sector is already the third largest beneficiary of
the government budget after education and public works. Those
who advocate higher military spending are essentially arguing
that building our defense capability is more important than
developing our education system, which many would argue is in
even worse condition.
Missing from this military budget debate is how we set our
priorities. The debate should be as much about how we spend the
money as how much we are spending.
As with any household budget, we have to live within our means,
so we have to get our priorities right. Typically, a lower
middle class family in Jakarta has to choose between replacing
the old car, sending the kids to a good school or college, or a
family holiday in Bali. Their choice would reflect their
priorities. It would be nice to be able to have all three, but
when this is not an option, we have to make do without one or
two.

The military budget today is divided between the three services,
with the Army taking the lion's share, followed by the Navy and
the Air Force, a distant second and third. The division reflects
not so much the priorities of the military, as the power and
size (yes, size apparently matters in the military) of the three
services.
As long as the military budget allocation is still dictated by
the internal politics of the TNI, any increase in defense
spending will not likely go where it is most needed, but instead
will go to the Army first, leaving the crumbs for the other two
services.
Indonesia has thoroughly reformed its military in the last 11
years. No longer is it involved in practical politics, and, with
the removal of the police from the force (as the fourth
service), there is a much clearer division of labor between the
military, whose domain is strictly national defense, and the
police, which is responsible for security.
But this is a half-baked reform because the Army's huge
territorial command network across the nation has essentially
remained untouched.
This elaborate command structure, which goes all the way down to
the villages, had been instrumental during the military's "dual
function" days in discharging its security and political roles,
but today it is an anomaly, if not a sore point, in a democratic
Indonesia.
Earlier calls to dismantle the huge command structure, and by
way of implication advocating a "back to barracks" concept,
received strong resistance from within the Army, which had
already made huge sacrifices by removing itself from practical
politics.
The commands remained on the pretext that their presence was
still needed to back up the police in their work to maintain
national security.
The Army is still much too visible even in big cities like
Jakarta, owning and occupying prime locations in the city, but
its presence is giving the impression to any first-time visitor
that Jakarta is not a safe place.
Dismantling the command structure, and sending soldiers back to
the barracks, where they belong in any democratic country, would
free up huge financial resources that could be better spent on
other sectors, like modernizing the Navy and Air Force weaponry.
Closing down the territorial commands and selling their premium
property would also generate revenue that could be spent on
building new Navy and Air Force bases that would enable
Indonesia to protect its vast territorial waters and air space.
The way it is at the moment, our military excels at suppressing
peaceful demonstrators with the deployment of their tanks and
armored cars, but are completely helpless in chasing out foreign
vessels stealing our fish in our largely unprotected waters or
chasing after foreign planes intruding into our air space.
The Jakarta Post
May 27, 2009 by Endy M. Bayuni
Posted by Kerry B. Collison at 2:01 PM