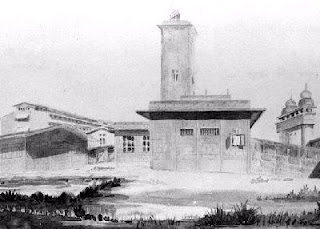 Ustaz Ibrahim Kassim, one of Singapore's most respected
Islamic scholars along with nearly 40 other Islamic scholars, is part of a select group of religious leaders called the Religious
Rehabilitation Group (RRG), which is trying to rehabilitate --
or, as its members say, "deprogram" -- Singapore's terrorist
detainees. In 2001, Singapore's authorities had no idea that
they had a terrorist problem. But after the Sept. 11 attacks,
the government was tipped off that a cell of Jemaah Islamiyah,
the Southeast Asian militant group with links to al-Qaeda, was
planning attacks across the city-state. In raids in late 2001
and 2002, more than 30 members of the terrorist outfit were
arrested; more arrests followed. So, while the United States was
filling its detention center at Guantanamo with foreign
fighters, Singapore began to house its own population of Muslim
extremists in its jails.

Singapore's strict law-and-order government, which famously
enforced a ban on chewing gum, may seem an unlikely candidate
for believing terrorists could be reformed. But Singapore --
often referred to as "the little red dot" in Southeast Asia's
Islamic sea -- is in a precarious position, and its government
felt compelled to take action that would not only disrupt the
terrorist group's operations, but also counter its ideological
appeal. "We are what we are out of necessity," says Singapore's
Foreign Minister George Yeo. "[Islamic extremism] is a long-term
problem, and it's not going to go away in our lifetime. The only
way you can combat it is to have an immune system."
Singaporean officials said they decided to use Islamic clerics
because they were convinced that only religious leaders could
"de-program" the detainees.

After meeting several detainees and studying Jemaah Islamiyah's
religious ideology, the Islamic scholars were disturbed to see
how their faith had been distorted to recruit terrorist foot
soldiers. During more than a thousand weekly hour-long sessions,
the scholars worked to build personal relationships with the
detainees. Some counselors said the process of de-radicalizing
an extremist was similar to the one-on-one relationship that
often exists between a terrorist recruiter and recruit.
The main battles were over the Koran. Islamic radicals,
especially members of Jemaah Islamiyah, many of whom are
born-again Muslims who adopted their extreme faith late in life,
often quote from it to justify their actions. That was where a
scholar's grasp of Islam came in, and it wasn't always a
pleasant exchange.
As with the rehabilitation of any criminal, there's always the
possibility of backsliding. Two graduates of Saudi Arabia's
rehabilitation program have reportedly taken leadership
positions within al-Qaeda in Yemen. For this reason, the RRG
also counsels the detainee's family to ensure that wrong lessons
are not passed on to the next generation and to help wives, sons
and daughters assimilate into the mainstream. Many families
receive financial support from the government, and detainees
have jobs waiting for them when they are released.
Today, 40 former terrorists, or roughly two-thirds of the detainees Singapore has arrested since 2001, have been
rehabilitated and released. None appear to have returned to
their violent past. For Singaporean authorities, the best
dividend may be the trust they have gained from the city-state's
own Muslim citizens.
Of course, the biggest question is how we can ever know if a
radical is truly rehabilitated. A detainee in Singapore is not
released until his case officer, a psychologist and the
religious counselor signs off. Even then the decision goes to
the prime minister's cabinet to give its approval. Political
accountability rests at the top.
Posted by Kerry B. Collison at 2:32 PM

Email ThisBlogThis!Share to TwitterShare to FacebookShare to Pinterest
Labels: Singapore and Terrorist rehabilitation