Arafura Anxieties Get Tangled in One Net 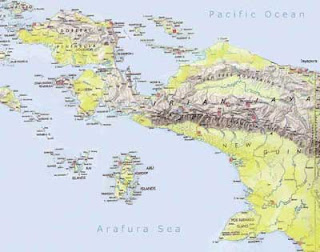 Arafura Anxieties Get Tangled in One Net
THE case of the Merauke Five - five Australians who have been
detained in Indonesian Papua after landing their light plane
there without visas or a registered flight plan - raises a
number of sensitive issues, and shows how easily the
relationship with our northern neighbour can be upset by border
policies which Australians - if indeed they are aware of them -
would see as perfectly normal and justifiable.
The five seem stuck in a repetitive, Kafkaesque nightmare
because of their careless but relatively harmless misdemeanour.
On a joy flight from Horn Island in the Torres Strait, they
approached Merauke in a light plane one Friday last September,
and negotiated with the control tower permission to land and
stay in the town until the following Monday. They were advised
that they would have to pay extra taxes and a fine.
Once on the ground, though, things became more difficult. The
group has been arrested, tried and found guilty, sentenced to
prison, then exonerated on appeal and released, only to be
rearrested and returned to jail. 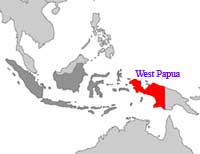 They are being punished, it appears, at the behest of local
officials who resent the way Australia treats Papuan fishermen
who stray into its waters. None of the Merauke Five, it hardly
needs saying, has had anything to do with Papuan fishermen, or
the way Australia treats them. None has had a hand in either
making the policy or enforcing it. One of the greater ironies of
this story is that the pilot, William Scott-Bloxam, was
intending to scout for possible tourist opportunities in the
Merauke region during his visit - opportunities which, if
developed, might well benefit local residents. Their
transgression of Indonesia's flight and visa rules cannot, of
course, be condoned and should certainly not go unpunished, but
they must surely by now, in eight months of jail and other
detention, have paid for any crimes they may have committed.
They should be released and allowed to return home immediately.
The underlying resentment which their plight reveals, however,
gives the case wider implications. The Herald's Jakarta
correspondent, Tom Allard, has reported that prosecutors have
justified the jailing of the Merauke Five as "in accordance to
the law … unlike our neighbouring country who, without legal
process, burn and sink Indonesian fishing boats that enter their
territorial borders". The argument is a ridiculous red herring,
but it illustrates the anger which Australian fisheries policies
appear now to arouse in our closest neighbour. That resentment
should now assume a higher priority in Australian diplomacy with
Jakarta.
The claim that Indonesian fishermen are only doing what they
have done for centuries is not quite true. Certainly traditional
fishing patterns in the Torres Strait and the Arafura Sea bear
little relation to the seabed boundaries between Australia,
Indonesia and Papua New Guinea, which are now regulated and
policed by the laws of each country. Local indigenous fishermen
on all sides will defy the rules and cross boundaries in pursuit
of a better catch. But Indonesian fishing stocks have been
devastated by overfishing, driving sailors to seek a catch
further south, where Australia is trying to manage its fishery
sustainably. Technology far beyond what might be described as
traditional - powered fishing boats, winches, larger nets, even
gelignite for blasting reefs - allows them to land far bigger
hauls than could be pulled by hand onto praus and dinghies.
Australia's actions in confiscating catches and burning boats
are tough, certainly, but experience has shown them to be the
only effective deterrent. They are combined with action to help
Indonesian fishermen to know the rules and adapt to them. More
aid may well be needed, and the policy may need to be adjusted
to soften its harsher effects, but it is not wrong to defend
this country's waters against overfishing.
In the meantime, Australia should be concerned that neither its
representations from the Foreign Minister, Stephen Smith, nor
the ambassador to Jakarta have had any effect in this case. That
suggests the actions of local officials are not without backing
higher in the Indonesian Government. Yet Canberra's
softly-softly approach is probably the right one. Indonesia's
politicians are in election mode, and Australia is an easy
target for any ambitious local politician wanting to raise their
profile by kicking the smug neighbours. The miserable fate of
the Merauke Five, though, says little for the two countries'
much-vaunted special relationship.
The Sydney Morning Herald
Saturday, May 30, 2009
Editorial
Posted by Kerry B. Collison at 2:41 PM

Email ThisBlogThis!Share to TwitterShare to FacebookShare to Pinterest
Labels: Arafura Anxieties Get Tangled in One Net