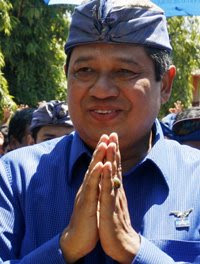 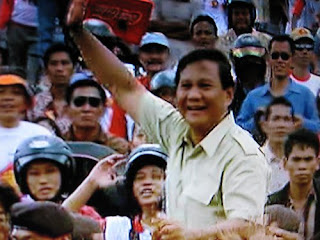 
Upon observing coalition agreements made by the leaders of
political parties, the upcoming presidential election, scheduled
for July 8, will very likely be a three-horse race. But are the
three presidential candidates and their running mates really who
the Indonesian public want to see contesting?

The three presidential candidates are incumbent President Susilo
Bambang Yudhoyono (who has yet to announce a running mate),
incumbent Vice President Jusuf Kalla, who will partner with Gen.
(ret) Wiranto, and the camp led by former president Megawati
Soekarnoputri, who will most likely partner with Lt. Gen. (ret)
Prabowo Subianto.

A good point in observing the presidential candidacy is the fact
that the election will not be a one-man show, as had been feared
previously by many. Eligible Indonesian voters will be given the
opportunity and liberty to choose among the three available
candidate pairs.

The question is, however, whether the three candidates - and
their potential running mates - truly represent the interests
and expectations of voters.

It has been interesting but also discouraging to monitor the
maneuvers made by the candidates and to see who they have chosen
as partners to contest the election.

The reasons provided by Jusuf Kalla for his choice of Wiranto as
his running mate are trivial and difficult to accept in this era
of modern leadership and management principles.

Kalla's argument that Wiranto was the perfect match (Wiranto is
a Javanese, which would complement Kalla who is non-Javanese;
Wiranto has a military background, whereas Kalla has a civilian
and business background) were understandable and could have
benefited Kalla if he had run for the presidency during the New
Order era, when the Java/non-Java and civilian/military
dichotomies were prevalent. However, these days such traditional
grounds should not be the key and determining factors any more,
but shared interests and ideology.

However, one thing is certain: Megawati and Kalla's choices of
running mates for the July 8 election were both made with the
same goal - to beat Yudhoyono.

Yudhoyono, whose Democratic Party (PD) will very likely top the
April 9 legislative election tally, has been relatively quiet
and passive in maneuvering to establish a coalition ahead of the
presidential election. However, the fact that there are only
Islamic parties for it to form a coalition with is no advantage
for PD, a centrist party.

The three presidential candidates and their partners are already
on the "election menu". They have the constitutional right to
contest the election, but in the end it is the Indonesian voters
(or to be more precise the eventual voter turnout) that will
decide whether one of them will be triumphant enough to be
declared the winner.

The Jakarta Post Editorial
Posted by Kerry B. Collison at 1:08 PM