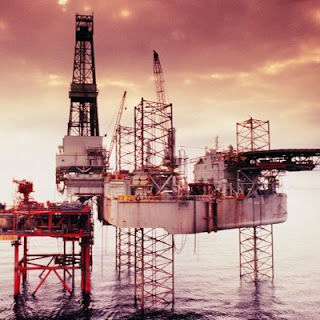 The Java Sea Can Become the World’s Biggest Garbage Dump
THE World Ocean Conference (WOC) in Manado, North Sulawesi is to be opened on Monday, May 11, attended by delegates from 150 countries. The main topic of discussion will be marine issues and the impact of climate change. Manado has been euphoric at
the chance of hosting this important conference.
Some distance away from the conference venue in the resort town
of Bogor, West Java, is Tridoyo Kusumastanto, who has studied
marine life and issues in Indonesia for the past 34 years.
One thing that most concerns Tridoyo about issues related to
marine life is fishery, and its contribution to the national
economy. He takes a deep breath every time this topic is
discussed. Economically, fishery contributes a small amount,
growing at a very close pace from year to year. Yet two-thirds
of Indonesia’s area is covered in seawater.
The Central Bureau of Statistics (BPS) in 2004 listed fishery as
having contributed Rp53 trillion to the nation’s coffers. This
is equivalent to 2.3 percent of total GDP. Four years later, the
volume tripled to Rp136.4 trillion. But the fishery sector still
represents only 2.7 percent of GDP.
Tridoyo has headed the Marine & Coastal Resources Center at the
Bogor Institute of Technology (IPB) for the past eight years. He
is also a member of the Indonesian Council of Maritime Affairs,
an institution that is a high priority of the President. He
believes that besides focusing on climate change the Indonesian
government should press for an agenda which addresses the plight
of the poor.
Poverty has been the most crucial issue affecting Indonesian
fishermen in the past decade. The seas in western Indonesia, for
example, have been over-exploited. The number of fishermen has
been growing over the years. They mostly reside in the coastal
areas of north Java, and given the depleting marine resources
they should look at alternative sources of livelihood.
“Otherwise, they will remain poor forever,” said Tridyoyo.
Last Thursday, at his office at IPB, Tridoya met Tempo reporters
Sapto Pradityo and Media Roza for a special interview. Excerpts:
The World Ocean Conference is being held in Manado this week. In
your view, what agenda should Indonesia be pursuing at this
conference?
First, the sustainability of Indonesian marine resources:
corals, mangrove forests and seaweed. Second, poverty
alleviation for coastal communities.
How much does the marine sector contribute to our national
economy?
Covering seven sectors, the marine sector today contributes 23.2
percent of the GDP. But we calculate that contribution based on
economic activities at the regency level.
How about at the subdistrict level?
It would be a bit lower. The marine sector itself consists of
seven sub-sectors: fishery, maritime tourism, marine industry,
sea transportation, sea construction, sea mining and services.
The biggest contributor is sea mining, which contributes 9
percent.
Yet the determining economic activity is actually from
sustainable resources.
Yes, specifically fishery and marine tourism. These two sectors
have not been optimally exploited. As for oil and gas, at some
point they will be depleted.
Before the year 2000, Indonesia was listed as the world’s tenth
biggest fish exporter. But we have lost that position. What is
the reason?
Firstly, the government’s policy lacks the ability to push
production and create value added to fishery exports. What we
are doing is the normal kind of production. Before, fish were
dried, and we are still doing the same thing. This creates
little added value. The government has done very little to
create growth.
How about saving Indonesia’s marine ecosystem?
Well, that would be the next step. We always brag about the
richness of our seas. But is this really true? When our
fishermen tell us, “Our catch is getting smaller,” or “We need
to go farther out to catch anything,” and “Our catch is getting
less and less,” this all means that our coastal areas and our
seas have been damaged.
The Maritime Affairs & Fisheries Department claims that our
national fish supply stands at 6.4 million tons a year.
That figure has not changed since my university days in the
1980s. We are managing our seas using very limited data and
their credibility are questioned. I think that the real numbers
are actually well below those figures. In a number of places,
the potential for fishery product has indicated a downturn.
Because we lack proper data we are unable to regulate the
frequency of fishing or the number of catches allowable in order
to prevent destroying the environment, or how to catch
high-economic value fish.
Do you mean that the system of marine management so far has not
looked at sustainability of marine resources?
That is true, yet if we knew just how much fish reserves there
are and the extent of the destruction, we can correct the
situation by re-stocking or re-supplying the fish and planting
coral and seaweed.
Why is the slow growth of the fishery industry always linked to
a lack of investment?
The fishery industry need not be done on a large scale or by
using modern technology. The important thing is to empower
coastal communities with the appropriate technology, continuity
of production and access to markets. I once recommended that we
open clusters of marine industries. As such, the concentration
would not just be on fishery, because the fishery sector alone
is unlikely to help alleviate poverty.
What about the problem of human resources? 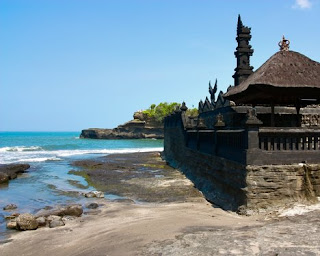 This is a classic problem which needs new solutions. If we want
to meet international standards, quality and use laboratory
equipment and a certain production process, then we must meet
their standards. If these conditions can be met, it would not be
difficult for us to regain our position as one of the world’s 10
biggest fish exporters.
Which is the most dominant within the fishery industry: caught
fish or cultivated fish?
The bigger contribution—about 60-70 percent—comes from caught
fish. It’s easiest, just catch it. Indonesia still has access to
the open seas. There are no restrictions because our sea space
is very large. Anyone can go and catch fish. As a result the
government has no control over this sector. Ironically, with the
oil and gas as well as mining sectors, the government regulates
them through fishery concessions.
What must we do to ensure a balance between fish farming and
catching fish from the open seas?
The problem with fish farming is the required investment. It
needs a piece of land, a size of water and control over the
area. For example, if you wanted to open a fish farm, you need a
license from the Forestry Department to cut down the mangroves,
although I personally think this is no longer necessary because
the coastal area available is more than enough.
Do you have data on pollutants caused by fish farming?
At the northern coast of Java, the quality of cultivated fish
has gone down significantly because of industrial waste,
agriculture and households. I estimate the Java Sea can become
the world’s biggest garbage dump if we don’t start handling the
problem today. In managing marine resources, we cannot just look
at problems on the sea. Sea and coastal pollution cannot be
separated from river delta areas.
The seas of western Indonesia, as you mentioned, are already
overfished. There is too much exploitation. Can you explain the
extent of the marine destruction.
The problem is that we lack good resources. I often tell the
Maritime Affairs & Fisheries Department, “We have the best
available data, but we don’t have reliable data.” When I am
asked by how much our fish reserves have gone down, I would not
know. According to our surveys the condition in the Malacca
Strait is red-alert.
Are you saying that the seas in the western part of the country
can no longer be exploited?
They can still be exploited but that would be just the Indian
Ocean, i.e. the western coast of Sumatra and the seas off
southern Java. In the southern part of Bali, there is still
plenty of tuna. And of course, we will have the seas of eastern
Indonesia.
Is illegal fishing one of the causes of over-exploitation of the
western seas?
Cases of illegal fishing are found mostly north of Pontianak.
That’s where Thai fishing boats operate. They have big boats. I
have seen it myself. Indeed, this is one of the reasons for the
degradation, which is also caused by environmental pollution and
just too many fishermen. The coastal area of Lampung, for
example is very crowded, exceeding the capacity of the nearby
seas.
What is the urgency that needs to be conveyed to the government?
The excessive number of fishermen must be addressed. The
government used to keep pushing people towards the fishery
sector, even though they lacked the technology needed, yet it is
this lack of proper knowledge that has become a burden to the
fishery sector. From the perspective of manpower this sector was
seen as a useful sector to absorb employment, but this has
backfired because those inexperienced and unknowledgeable
fishermen tend to be destructive towards our ecosystem.
What needs to be done to rehabilitate the ecosystem?
Conservation. Reduce catches, increase the replanting of corals,
mangrove trees and so forth. The management system must be
changed. There should be two elements in managing marine life:
first, input instruments, i.e. how many boats have been given
licenses to catch fish. We once tried to calculate on the
northern shore of West Java, the number of fishermen allowed to
fish should be no more than 15 percent of the total number. This
means, 85 percent must change jobs. Secondly, the environment
must be restored. Coral conservation and, in the extreme case,
the need to add more fish into the sea.
Who should bear this responsibility?
The government must take the initiative. It will be expensive,
but the government will benefit in the end. Japan has already
re-supplied fish since the 17th century.
TRIDOYO KUSUMASTANTO
Lecturer, Socio-Economics of Fishery, Bogor Institute of
Technology (1986-to date)
Lecturer, Coastal Resources Management, Bogor Institute of
Technology (1994-to date)
Director, Marine & Coastal Resources Research Center, IPB
(2000-to date)
Secretary, Council of IPB Board of Advisors (2007-to date)
Member, Indonesian Council of Maritime Affairs (2008-to date)
Posted by Kerry B. Collison at 2:26 PM