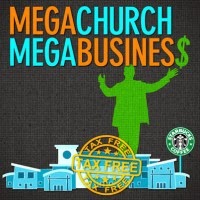 "God is here, God is here", croons Singapore church official Sun Ho as she struts across a neon-lit stage and thousands of people in the congregation pump their hands and sing along. Ho Kong Hee, the church's founding pastor and Sun Ho's husband, then takes the stage. In keeping with the electrifying mood, he invites his followers to speak "in tongues" and a pulsing murmur echoes through the auditorium of 8,000 people.


During the service, ushers hand out envelopes for donations, which consume at least a tenth of the salaries of most church members.

Welcome to one of Asia's most profitable churches: Singapore's City Harvest.

With a "prosperity gospel" that blends the spiritual and the material, City Harvest and other Pentecostal megachurches in the wealthy nation have perfected a popular and lucrative model.
Now, despite allegations of corruption, they are working to export it to the world and turn Singapore into a hub for evangelical Christianity.

"We want to preach the gospel to the ends of the earth," said Pastor Bobby Chaw, City Harvest's missions director.

Evangelising missions by City Harvest, including pop concerts by Sun Ho in China, Taiwan and the US, have helped it gather followers across Asia and set up 49 affiliate churches in Taiwan, Malaysia, Indonesia, Japan and India.

City Harvest, whose founder faces trial along with five others on charges of criminal breach of trust and falsifying accounts over the use of nearly S$51 million (HK$313 million) in church funds, also has a bible college that trains church leaders from countries such as Norway.

Last year, the founder of another Singapore megachurch, New Creation's Joseph Prince, toured the US, preaching to a sell-out crowd at Long Beach Arena in Los Angeles and filling the country's largest church, Lakewood in Texas. Prince's book, The Power of Right Believing, made it to number two on the New York Times' bestseller list in the advice and "how to" category.

"Whatever method that can most effectively convey the message to our generation, we will do it," said Chaw, who is also the vice-chairman of City Harvest's management board.

City Harvest, which says its congregation numbered nearly 20,000 in 2012, has also ventured into the entertainment industry.

The church's Crossover Project led Sun Ho to collaborate with stars such as Jay Chou. She broke into the US market under the guidance of producer David Foster, producer-songwriter Wyclef Jean and other veterans.

With a wealth-affirming model and efforts to engage the young, fast-growing Pentecostal megachurches have helped to dilute Buddhism as Singapore's traditionally dominant religion.

Rolland Teo, 25, whose family is Buddhist, said his view of religion as "very static" changed when he joined City Harvest.

City Harvest's Crossover Project is at the centre of charges that Ho and five other officials financed his wife's singing career by funneling church funds of S$24 million into sham investments and then used S$26.6 million more to cover up the deals.