A New Security Alliance for Asia-Pacific 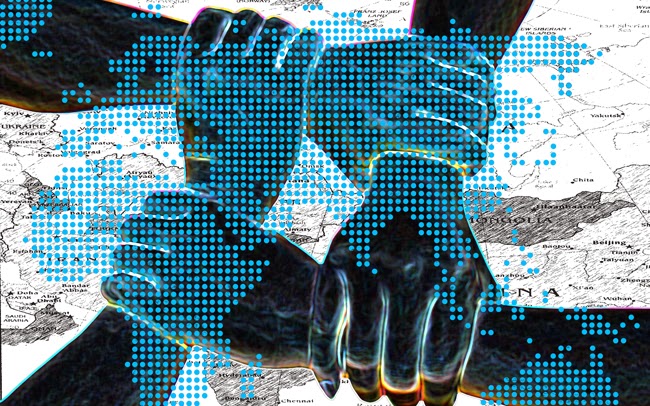 The creation of a multinational defense organization, not unlike NATO, might be one solution to preserve stability and security in Asia-Pacific

On April 4, 1949, the North Atlantic Treaty Organization was born, formed in part to deter Soviet expansionism and to establish a North American presence in Europe, in addition to integrating Europe and preventing the rise of militant nationalism.

Although one can certainly debate the relevance of NATO in the world today, elsewhere however, such an alliance might prove necessary. The players and setting might differ, but the challenges remain the same.

A source of concern with China’s ascension and increasing assertiveness has more than worried, if not aggravated, a few of its neighbors. Beijing’s unilateral establishment of an ADIZ (Air Defense and Identification Zone) in the East China Sea, which encompassed the much disputed Senkaku/Diaoyu Islands with Japan, is only the latest kerfuffle, to say nothing of its disputes over maritime and territorial possessions with those countries in the South China Sea.

The Philippines, with whom China squared off over the Scarborough Shoals in 2012, has already taken Beijing to court under the United Nations’ Convention on the Law of the Sea, which will be heard at the Permanent Court of Arbitration at The Hague. China has thus far refused to participate in any legal proceedings.

Cable-cutting incidents and sweeping claims over the entire of the South China Sea have given China’s neighbors cause for concern, and they are not the only one. These activities have not gone unnoticed by the United States.

Efforts to resolve these maritime and territorial disputes have so far fallen flat. Beyond legal measures as was taken by the Philippines, regional forums such as ASEAN (Association of Southeast Asian Nations) and the Shangri-La Dialogue, although providing an opportunity for member states to share their concerns, have failed to reduce tensions.

This is not to say that China has avoided finding a solution, preferring to deal with complainant states one-on-one. However, Beijing’s desire for bilateral negotiations have not been universally received, for China, being the largest player in the region, would be able to leverage its size against its much smaller neighbors.

Instead of returning to the same well, it may be time for those concerned countries to pursue an alternative solution.

In the same way that not all NATO member states are exactly alike and may in fact possess competing interests, they are nevertheless committed to the objectives of NATO.

Similarly, while not all countries in the Far East and Southeast Asia are free from dispute with one another, they are at least in agreement that freedom of navigation on the high seas is of vital importance. Conflict over maritime and territorial disputes will only serve to harm all countries in the region, in addition to inflaming nationalist sentiments at home, leading to potentially violent and destabilizing outcomes.

Where the annual ADMM (ASEAN Defense Ministers’ Meeting) provides a venue for defense ministers of member states to discuss important security-related issues, it lacks the necessary teeth to effect change. Thus, a more stringent and specific organization is required. Where NATO is primarily focused in Europe, this “Asia-Pacific Treaty Organization” would set its eyes on and only the Pacific.

Led by the United States, for they are the only country that can wrangle member states together, the organization, composed of group of states, such as ASEAN would require support from traditional regional powers such as Australia, Japan and the Republic of Korea (ROK), but also emerging powers such as India and Indonesia.

The benefits are obvious. In addition to serving as a multinational defense alliance, the organization could help integrate the Pacific community, politically and economically, and standardize military equipment and training across member states. Fostering closer ties between member states and increasing interoperability between militaries could increase transparency and reduce misunderstandings between countries. Also collaborating on many regional issues ranging from humanitarian assistance to maritime security and to counterterrorism is emerging to help manage tensions and prevent conflict.

However, it is worth considering the unintended consequence of creating such an organization. It was, after all, the Soviet Union’s exclusion from NATO and West Germany’s inclusion in the alliance that helped propel the creation of the Warsaw Pact.

Regardless of whatever language used to describe this coalition of countries so as not to offend China, Beijing will see this organization for what it is: a response to China’s activities in the region. History may very well repeat itself if China decides it needs to form an alliance of its own to counter any US-led organization.

Rather than a step forward in securing peace and stability in the region, the formation of such an alliance might simply raise hostilities and accelerate arms buildup.

Even so, the challenges facing any multinational defense organization will not necessarily come from without but from within.

Contingent on the survival of the coalition over the long-term is US leadership and commitment. Given the central role that is expected to be played by the US, failure on Washington’s part to provide support and direction, and remain committed might see this alliance go the same way as SEATO (Southeast Asian Treaty Organization).

Nevertheless, while leadership of the organization may rest with the US, responsibility must also be shared by all member states. Not unlike NATO, member states will be required to contribute its fair share to the organization, including but not limited to political, financial, and military resources. Given the very real fiscal constraints faced by Washington, and the effects of such constraints on current and future military investment in the US, every member state is required to do their part and cannot look to the US as the sole defense provider.

Of course, all of this assumes the United States would even consider establishing such a defense alliance in Asia-Pacific, accepting all the responsibilities and challenges that come with leading such an organization.

It is all quite speculative, but as the US carries on its rebalancing strategy in Asia-Pacific, while adjusting to budgetary developments at home, no option should be left off the table.