Indonesia Needs an Act of Restitution

Oscar-winning or not, Joshua Oppenheimer’s “The Act of Killing” has directed worldwide attention to Indonesia’s darkest past, when in 1965-1966 up to a million people were killed in a state-sponsored, systematic butchering.

There is no more hiding place for Indonesia.

We have to admit our own history, whether we like it or not. We can’t afford to pretend there was no wrong done, as our government and ruling elites have always maintained. It’s such denials that enable a documentary like “The Act of Killing” to come into being in the first place.

Continued denials and a failure to tackle the issue places the entire nation in the position of protecting the mass murderers, a crime that puts Indonesia among the lowest of nations. And why should we protect those involved in the killings in the first place? The purge was conducted by a past generation, and most of the current generation have nothing to do with the crime. Why should we sacrifice the present and the future to protect the organizations — most of which still exist — that were involved? 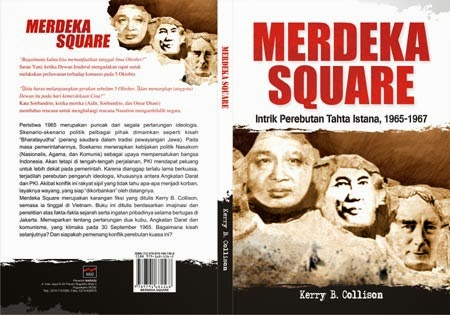 It’s false to assume that admitting past crimes, apologizing for them and then moving on will shame the organizations. We believe they are noble steps that should have been taken a long time ago so that the state can provide restitution for surviving victims and families of the murdered.
These families have been waiting for so long. The demand for justice won’t go away. If the elites of the organizations involved in the mass killings will participate in restoring justice, they will help clean the stain on their histories — rather than bring them down with denials, and together with them the nation’s pride.

Must we wait for outsiders to force us? It’s sad that we should need the Oscars to prompt us to right this terrible wrong for ourselves. ‘Editorial, Jakarta Globe’