INTERNATIONAL CRISIS GROUP - NEW REPORT The Dark Side of Transition: Violence against Muslims in Myanmar 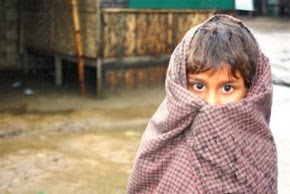 INTERNATIONAL CRISIS GROUP - NEW REPORT
The Dark Side of Transition: Violence against Muslims in Myanmar
Yangon/Jakarta/Brussels, 1 October 2013: Unless there is an effective government response and change in societal attitudes, violence against Myanmar’s Muslim communities could spread, jeopardising the country’s transition as well as its standing in the region and beyond.
In its latest report, The Dark Side of Transition: Violence against Muslims in Myanmar, the International Crisis Group examines the recent violence against Muslim communities. Anti-Muslim violence is nothing new in Myanmar but has been growing in the past two years, the product of reduced authoritarian controls and a history of intolerant Burman/Buddhist nationalism. Issued on the day President Thein Sein begins a visit to Rakhine State, the centre of much violence, this report urges a stronger government effort to combat bigotry and protect its Muslim population.
The report’s major findings and recommendations are:
“A security response is not sufficient. The government and society at large must also do more to combat extremist rhetoric, in public, in the media and online”, says Jim Della-Giacoma, Crisis Group’s Asia Program Director. “Political, religious and community leaders need to condemn hate speech”.
“At a moment of historic reform and opening, Myanmar cannot afford to become hostage to intolerance and bigotry”, says Della-Giacoma. “Those who are spreading messages of intolerance and hatred must not go unchallenged. Otherwise, this issue could come to define the new Myanmar, tarnishing its international image and threatening the success of its transition away from decades of authoritarianism”.
Executive SummaryFull PDF report http://www.crisisgroup.org/~/media/Files/asia/south-east-asia/burma-myanmar/251-the-dark-side-of-transition-violence-against-muslims-in-myanmar.pdf?utm_source=myanmar-report&utm_medium=3&utm_campaign=mremail