Missing the Boat to Indonesia: Shortchanging a Strategic Partner 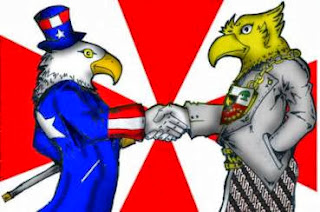 An unfortunate casualty of President Obama’s cancelled trip to Asia was the missed opportunity to cement stronger U.S. ties with Indonesia, the emerging giant of Southeast Asia. The bilateral relationship will survive, of course, as will the “comprehensive partnership” the two countries launched in 2010. But the president’s no-show for the Asia Pacific Economic Cooperation (APEC) summit in Bali deprived the United States of a symbolic occasion to highlight how much unites these two boisterous democracies. It also sowed doubts among Indonesian elites about how seriously they should take the U.S. “pivot” to Asia, at a time when the United States and China are offering competing visions of the region’s future. The Obama administration should recall that the key to success in diplomacy (as in life, according to Woody Allen) is mostly just showing up.
When it comes to rising powers, most official and expert attention has focused on Brazil, India, and especially China. But a singular focus on the behemoth “BICs” ignores the economic dynamism and growing political maturity of an emerging middle tier of countries in the developing world. Among the most impressive is Indonesia, which since its transition from dictatorship in 1999 has enjoyed not only political stability but also impressive economic growth. Indeed, despite the global recession, its economy grew more than 6 percent per annum from 2008-2012, making it the world’s sixteenth largest today. Boasting the world’s fourth biggest population, with some 250 million inhabitants, Indonesia is also the largest Muslim-majority country and third most populous democracy in the world (after India and the United States). Indonesia’s combination of democratic stability, economic vitality, and strategic position astride critical shipping lanes led the Center for New American Security and the German Marshall Fund in 2012 to designate it one of four critical “global swing states” (along with Brazil, India, and Turkey).
Viewed from the outside, Indonesia would seem poised to play an influential role on both regional and global stages. But how are Indonesians themselves coming to terms with their burgeoning power? Do elites in that country have a coherent strategic view of their nation’s future within ASEAN, much less wider Asia? What contributions is Indonesia prepared to make to regional and global security?  How do Indonesia’s daunting internal development challenges influence its priorities for global trade and finance, including its behavior as a member of the G20? Finally, what sort of long-term relationship does Indonesia desire with the United States?
These questions were the focus of a fascinating workshop in Jakarta this past June, titled “Emerging Indonesia: Implications for World Order and International Institutions.” A detailed summary of this event, which the Council on Foreign Relations (CFR) co-sponsored with its host, the Indonesian Centre for Strategic and International Studies (CSIS), can be found online. But here are a few of the most salient highlights:
Prospects for Indonesian-U.S. partnership have never been brighter. When the United States first explored a comprehensive partnership several years ago, suspicion about U.S. intentions was rife in Indonesia. This initial wariness has subsided, however, given the broad congruence of strategic, political, and economic interests between the two countries. The two nations have recently expanded defense cooperation, as well as educational exchanges, but much more remains to be done, particularly in building commercial ties between the United States and Indonesia. (Bilateral trade comprises just 10 percent of U.S. trade with ASEAN today). While no formal alliance is on the horizon, particularly given Indonesia’s insistence on retaining good relations with Beijing as well as Washington, the United States has a golden opportunity to achieve a long-term partnership with a dynamic fellow democracy and the linchpin of Southeast Asia.
Posted in International Cooperation, Regional Organizations, Rising Powers

by Stewart M. Patrick  for “The Internationalist”