China and Iran: Destined to Clash? 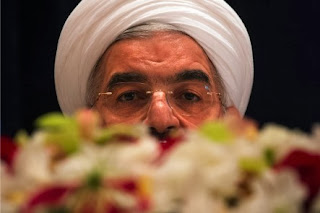 Even as the U.S. considers Iran’s nuclear program as its most immediate threat, a consensus has emerged in the U.S. foreign policy establishment that China’s rise poses the biggest long-term strategic challenge to the country. There is little indication that a similar consensus has taken hold among Iranian elites. It will.

Indeed, as Iran has been preoccupied with the U.S. and its allies over the past decade, China has quietly established a growing presence along all of Iran’s borders. In none of these places are Iran and China’s interests perfectly aligned. In some cases, particularly the Middle East, they are starkly at odds. Consequentially, should Iran avoid a conflict with the U.S. in the next few years, it’s likely to find China to be its most menacing threat in the future.

Some may find the prospect of a clash between the Islamic Republic of Iran and the People’s Republic of China farfetched. After all, the countries share many similarities. Each can legitimately claim to be the heir of one of the great ancient empires of the world, as well as of a nation that more recently suffered a century of humiliation at the hands of Western powers. The interplay between their divergent ancient and modern histories formed the basis of the revolutions that brought the current regimes to power, and have shaped their worldviews ever since. In the post-Cold War era, this worldview has expressed itself most prominently in their shared hostility to Western cultural hegemony in general, and the U.S. in particular.

Not surprisingly, then, the PRC and IRI have enjoyed friendly and growing relations since the latter came to power. During Iran’s war with Iraq in the 1980s, China was one of the only countries to provide Iran with material support. This continued throughout most of the 1990s when Beijing provided Iran with military and nuclear assistance. More recently, China’s insatiable appetite for energy has led to a rapid expansion in economic ties, with Sino-Iranian bilateral trade rising from US$12 billion in 1997 to US$28 billion in 2009, the same year that China became Iran’s largest trading partner. Since then, as sanctions have continued to push Western energy companies out of Iran, Chinese companies have readily filled the vacuum.

Consequently, bilateral trade has reached US$45 billion in recent years.

But this ostensibly friendly relationship masks a level of mistrust that runs particularly deep on the Iranian side. Tehran has long perceived China as playing a double game toward it. For example, although Beijing provided Iran with desperately needed arms during its war with Iraq (1980-1988), it provided Baghdad with well over double the amount of arms during the same period.

Similarly, from Tehran’s perspective, China has used Iran as a pawn and source of leverage in its dealings with the United States, always willing to sell it out for the right price. Thus, after years of U.S. pressure, China agreed in 1997 to halt its nuclear assistance to Iran and the sale of certain types of arms to reduce Beijing’s existing tensions with the U.S. This decision included Beijing cancelling a US$4 billion contract for missiles and nuclear technology. More recently, U.S. concessions in other areas have led China to support five UN Security Council resolutions against Iran over its nuclear program. While China watered these down enough to preserve its own interests in Iran, it was less insistent on preventing Western companies from fleeing the country.

Economic relations have also proved to be a source of tension. Although Chinese oil companies have signed numerous multi-billion dollar contracts to develop Iran’s energy industry, Tehran has later terminated many of these over Beijing’s repeated delays. As a 2011 Atlantic Council report noted, “Of the $40 billion in announced China-Iran energy investment deals, less than $3 billion appears to have actually been provided.”

Additionally, Iranian markets have been flooded with cheap Chinese goods in recent years, further devastating Iran’s domestic industry. This has increasingly angered ordinary Iranians and forced the government to claim it was taking measures to reduce imports of non-essential goods from Chinese.

The Eastern Theater: Afghanistan and Pakistan

On top of this general mistrust, Iran and China’s geopolitical interests are increasingly clashing as Beijing comes to encircle Tehran. On Iran’s eastern borders, China has established itself in both Afghanistan and especially Pakistan. Chinese and Iranian interests in these countries are more compatible than in other areas, although there are a couple of possible points of contention.“The Diplomat” Photo Credit: REUTERS/Adrees Latif