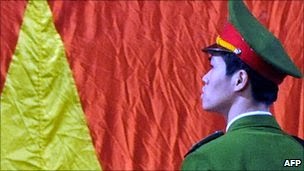 Vietnam’s new foreign policy approach, which some analysts have labelled ‘more friends, fewer enemies’, reflects its precarious position as a bird on the wire caught between China and the United States

In the past few months, Vietnamese officials have held a number of high-level meetings with leaders of both states. At the end of July, President Truong Tan Sang travelled to Washington to discuss the Trans-Pacific Partnership with President Barack Obama, highlighting the improved relations between the former foes under America’s increasingly Asia-focused strategy. A little over a month later, Prime Minister Nguyen Tan Dung met with Chinese Premier Li Keqiang and reiterated the Vietnamese Party and State’s long-lasting and consistent policy of consolidating and strengthening neighbourliness and cooperation with China.

This whirlwind diplomacy is evidence of Vietnam’s desire to maintain stable and normalised economic and military relations with both China and the US, something that is especially important given its past history of conflict with each state, and their importance to Vietnam’s aim of integration into the global economy. Vietnam is nervous about Beijing’s rise, and its new foreign policy approach is directed at countering China’s growing influence in the region. But ideologically, Vietnam is more comfortable with China than the US. And economically, China is a large market, a source of financial assistance and a model of development. This has placed Vietnam in an uncomfortable position. One Vietnamese government official has described Vietnam as swinging on a tightrope, held by China from one end and the US from the other.

A foreign policy issue that continues to plague the Vietnam–China relationship involves both countries’ claim on two island groups: the Paracels and Spratlys. The most important matter at stake is who has the right to explore and exploit the natural resources in and below the waters surrounding the islands. Although proven reserves have not yet been forthcoming, the most optimistic estimates from China suggest that potential oil resources of the Spratly and Paracel Islands could be as high as 213 billion barrels of oil and that the area is also rich in natural gas. Both states have contemplated the possibility of taking military action. But for now, they have pledged to peacefully negotiate a settlement despite pressure by nationalists on both sides to remain firm on issues of sovereignty.

Economic tensions between the two countries could also derail relations. On the one hand, China is Vietnam’s largest trade partner, particularly due to China’s insatiable demand for goods and resources. Sustaining economic growth for a nation nearing to 1.4 billion citizens requires a tremendous amount of natural resources, many of which need to be imported. And as China scours the globe building economic relationships to ensure a continuous supply of commodities such as coal, crude oil, iron ore, it is only natural for it to look to a close neighbour for help.

On the other hand, disparities between the two countries, especially in terms of economic size and political power, mean that the opening of markets is not an unqualified win-win situation. The influx of Chinese goods, both smuggled over the border and imported legally into the Vietnamese market, has impacted negatively on the domestic production of a number of Vietnamese goods, particularly consumer goods. One particular concern in Vietnam is that many of the goods are of low quality and dubious origin and may contain toxins and other substances harmful to people’s health. Some products can be made in Vietnam, but are still imported as the latter is more cost-effective. This dependence on Chinese imports has already pushed many Vietnamese firms into the red and Vietnam’s heavy reliance on trade with China is only expected to rise over time.

Still, economic frictions and territorial disputes notwithstanding, relations between China and Vietnam have improved recently, and the conciliatory nature of recent meetings between Beijing and Hanoi has ushered in a relative period of calm. Both countries appear keen to continue to foster better bilateral ties, and improvements in Sino–Vietnamese relations are unlikely to damage Vietnam’s relations with the US.

Yet, whenever China or the US swings the tightrope more aggressively, Vietnam finds itself in a more precarious position, not knowing which end of the rope is the safest point of refuge. If the Vietnamese government is to continue to stay upright it must avoid too close an alignment with one country at the expense of ties with the other.

Vietnam is currently at a relatively unique time in its history. It is unified, and it has the economic and political wherewithal to play an important role in the region. But the rise of national sentiments in either China or Vietnam may portend more troubling times ahead. And as stated by one Vietnamese diplomat, ‘No one will say it openly, but what drives every meeting in Southeast Asia now is fear of what the region will be like with China dominating’.

Dennis C McCornac is the Director of Global Studies at Loyola University Maryland. His academic specialty is economics and he has over 20 years experience living in Japan and Vietnam.