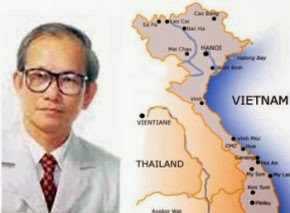 In 1988, a year before the Soviet Union collapsed, the 13th National Congress of the Communist Party of Vietnam adopted a resolution to have ‘more friends and fewer enemies’. So it was not surprising when Vietnam expressed interest in joining ASEAN as early as 1992, or when it did in fact join in July 1995

Vietnam’s membership of the grouping integrated its security with the whole of Southeast Asia and created a favourable environment for economic development. This, in turn, raised Vietnam’s global image, leading to increased cooperation with multiple players in the region and greater bargaining clout with super powers like the United States and China.

As an ASEAN member, Vietnam has worked hard to secure peace and reconciliation among Southeast Asian nations, which were once deeply divided by war.

Vietnam was the first Indochinese country to join ASEAN, and its move helped end confrontation between the Indochinese bloc and ASEAN. Vietnam has also helped ASEAN partner with non-regional players — including China, Russia, India and the EU.

Vietnam also led efforts within ASEAN to ensure regional security. Soon after becoming a member, Vietnam signed the Treaty on the Southeast Asian Nuclear-Weapon-Free Zone and was one of the founding members of the ASEAN Regional Forum.

But the most proactive steps by Hanoi towards regional stability have revolved around disputes in the South China Sea. A direct claimant in the dispute, Vietnam, along with the Philippines, has made constant efforts to put the South China Sea on ASEAN’s agenda, ensuring conflict is dealt with in a constructive way.

Vietnam has shown constant support for the Declaration on the Conduct of Parties in the South China Sea, ASEAN’s Six-Point Principles on the East Sea, and the soon-to-be-concluded Code of Conduct of Parties in the East Sea. Vietnam calls for the settlement of disputes by peaceful means on the basis of international law and the 1982 United Nations Convention on the Law of the Sea — including through regulations on respecting exclusive economic zones and the continental shelf of coastal countries.

But Vietnam’s interest in ASEAN is not limited to security issues. Its leadership also drives efforts toward an ASEAN Economic Community (AEC).

Having joined the grouping against the backdrop of the Asian financial crisis, Vietnam immediately became involved in the organisation’s economic activities. The sixth ASEAN Summit, held in Hanoi in 1998, highlighted specific solutions to the region’s vulnerable economic conditions. Crucially, ASEAN passed the Hanoi Plan of Action, which contained Vietnam’s ideas and proposals to narrow the development gap in the sub-region.

Besides making external efforts toward establishing an ASEAN Economic Community by 2015, Vietnam has also undertaken domestic changes to integrate itself with the grouping. The country has gradually restructured its administrative apparatus to suit a market economy. A year after joining ASEAN it reorganised its bureaucracy by creating a National ASEAN Committee, to be headed by the deputy prime minister. This body is responsible for coordinating all the institutions that interact with ASEAN or ASEAN-affiliated bodies. It also established an ASEAN Department in its Foreign Ministry.

The success of these efforts is reflected in the growth of Vietnam–ASEAN trade. As Louis Taylor, CEO of the Standard Chartered Bank in Vietnam, Laos and Cambodia, argues, ‘ASEAN is the third-largest export market for Vietnam, accounting for more than 10 per cent of the country’s total exports … [and] the second-largest supplier to the country, accounting for 20 per cent of the nation’s total imports’.

Vietnam has remained committed to ASEAN since it joined in 1995 and the idea of an ASEAN Community has increasingly been accepted into Vietnam’s political lexicon. Vietnam is beginning to integrate further with the global community, and cooperation with ASEAN will always be an important pillar in its foreign policy. Sadhavi Chauhan is an Associate Fellow at the Observer Research Foundation, New Delhi.