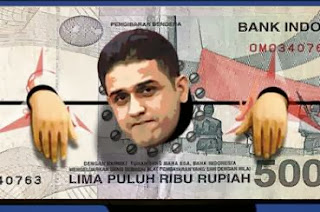 In Indonesia, public opinion can condemn you to death

The government is coming under strong pressure from public opinion to execute some of the more than 120 people who have been sentenced to death.

Akil Mochtar, the former Constitutional Court chief isn’t going to be condemned to death after he was caught red-handed taking bribe money at his house in Jakarta this month. But public rage, steered by both his predecessors in the court, Jimly Asshiddiqie and Mahfud MD, called for his blood.

Since the Corruption Law prescribes life imprisonment as the maximum punishment, the judge can rest in peace that even if the court should find him guilty he would be spared from the gallows, notwithstanding public opinion.

But no such luck for a number of drug offenders and premeditated murders on Indonesia’s death row. Their fate to a large extent depends on public opinion.

Four people have been executed this year and six more will follow before the year ends, according to Imparsial, an NGO on the frontline fighting to abolish capital punishment.

Indonesia in March resumed sending people to the firing squads. Five years ago, it executed 10 people, including terrorists, serial killers and drug traffickers, before joining dozens of other countries to observe a moratorium on executions.

The five-year gap is no coincidence.

Both 2008 and 2013 are years before the country’s general election.

The government is coming under strong pressure from public opinion to execute some of the more than 120 people who have been sentenced to death. Questions keep surfacing about why the government is holding back even for those who have exhausted all legal means of reprieve. 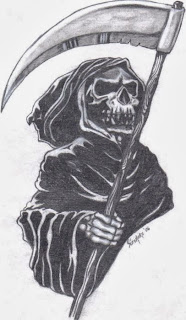 With the public angry by the endless news of massive drug trafficking and horrifying stories of serial murders, opinion is very much on the side of meeting more death sentences and their executions.

The movement to abolish capital punishment in Indonesia faces an uphill battle against public opinion.

On Thursday, a handful of people in this country observed the 11th European and World Day against the Death Penalty. Most people were unaware, or even cared about the cause. International Batik Day on Oct. 2 attracted much better awareness.

The Italian Cultural Institute and the European Union (EU) office in Jakarta organized a discussion, attended by no more than 30 people, on Thursday. There should have been more, but a busload of law students from the University of Indonesia (UI) got held up by traffic and arrived late.

Italy’s role in the international campaign is based on history.

The state of Tuscany became the first political entity in the world that abolished the death penalty in 1786 after jurist and philosopher Cesare Beccaria wrote a book showing there was no correlation between the death penalty and criminality.

The absence of a deterrence effect remains the chief argument used today for abolishing capital punishment. The other is the finality of the sentence, with no possibility of redress if there is a miscarriage of justice.

Europe is leading the global campaign. With the exception of Belarus, all European countries have removed the death penalty from their books. The EU each year presents a resolution at the UN General Assembly calling for the abolition of the death penalty or its moratorium as part of its human rights policy.

Indonesia, which retains the death penalty along with more than 60 other countries including the United States, abstained on the resolution in 2012. It had fully observed the moratorium call since 2008, but all that changed this year.

A window of opportunity has presented itself for the small band of anti-capital punishment campaigners with more Indonesians being executed for crimes abroad like Malaysia and Saudi Arabia with large concentrations of Indonesian migrant workers. They have been convicted either for murder or drug trafficking. According to Imparsial, there are more than 420 Indonesians lingering on death row abroad.

A campaign is underway to save 21-year-old Wilfrida Soik, who is on trial for the murder of her Malaysian employer and who could possibly be sentenced to death. The Malaysian court last week agreed to extend the trial after intervention from the Indonesian government, politicians and advocacy groups.

Indonesian diplomats who have to make the plea for stay of executions of Indonesians said Jakarta’s policy of carrying out the executions was not making their job easy. They could only plea on humanitarian grounds, but they can’t expect sympathy from foreign governments if Indonesia fails to show compassion for its own criminals.

Imparsial said Indonesia was close to abolishing the death penalty when the Constitutional Court voted on the issue in 2008.

The vote was 5-4 in favor of retention, but before the final vote, the position was 4-5. One of the judges changed position at the last minute, knowing that abolishing capital punishment would not have gone down well with the public then, and probably now.

Judges, like religious leaders and politicians, tend to go along with public opinion. Hardly anyone who really matters in this country is speaking against the death penalty or wants to take the lead in the campaign.

The way the public conducts the debate, the death penalty is an emotional issue in Indonesia as it is in many parts of the world that have abolished it.