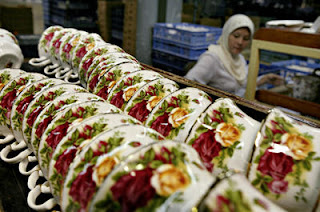 Those who fail to learn from history are condemned to repeat it.

Indonesia, with its new trade policy, is in danger of repeating the mistakes of the past.

Until the mid-1980s, Indonesia adopted protectionist trade and industrial-licensing policies in a misguided effort to promote industrialisation. Instead of promoting industrialisation, these policies stifled manufacturing and smothered non-oil export growth.

Then, in 1985, Indonesia made a bold bid to break from the past. Indonesia significantly lowered its trade barriers and consequently enjoyed a manufacturing boom that lasted well over a decade. As a result, Indonesia joined the ranks of the Southeast Asian tiger economies. Its exports expanded rapidly and the economy reduced its dependence on oil and commodities.

The progress made during that time is now threatened. Over the last few months, the Indonesian authorities have reintroduced barriers to foreign trade and investment — ironically, with the same intention of promoting industrialisation, domestic investment and employment. The interventions include limits on ownership of banks and mines, export taxes, bans on raw materials and food-import restrictions. The whole affair has a sense of déjà vu about it.

In May 2012, the government imposed a 20 per cent tax on metal ore exports and scheduled a complete ban on mineral exports to take effect in 2014. Indonesian authorities reasoned that these barriers are to encourage downstream metal refining and production. But this fails to recognise that such industries usually require large amounts of capital and energy — both of which are in short supply — and employ only a small number of workers when employment should be a top priority.

Downstream refining in Indonesia is likely to be internationally uncompetitive and metal ore refining firms will eventually seek protection against international competition. This, in turn, will burden downstream industries that use metal as an input.

The second justification is that the new restrictions are to help preserve Indonesia’s natural resources. But imposing an export tariff — or worse, an export ban — on metal ores will lower the domestic price relative to the international price and will only encourage, rather than discourage, further exploitation of these resources. A better measure for preserving natural resources would be to raise mineral royalties on all mines, whether domestic or foreign-owned, and place these revenues in a commodity fund. The fund could then be invested, and the returns applied through the budget to support social and environmental projects.

Policy makers are applying the same logic to encourage firms in other sectors to move up the value chain. For example, the export ban on rattan (material used for traditional furniture) the government introduced in January 2012 was designed to encourage rattan furniture production. Instead, the ban is pushing rattan prices down to the point where the poor who collect the rattan are hurting. Indonesia had previously tried — and subsequently abandoned — this policy in the 1980s, and one would have hoped that Indonesia learned from its mistakes.

Indonesian manufacturing is struggling and the government needs to provide some assistance. But introducing explicit or implicit trade or investment barriers is not the way to do it. Instead, Indonesia needs more infrastructure, streamlined investment regulations, a better education system and a more competitive exchange rate. These are more difficult to provide and require a focused and determined government to push them through. While introducing quick and easy barriers to foreign trade and investment may give the government satisfaction that it is actively supporting domestic investors, such measures could actually damage the economy’s long-term growth prospects.

Indonesian policy makers could learn a lesson or two from Malaysia’s economic transformation program. This program tackles the hardest and seemingly most intractable challenges confronting the Malaysian economy, covering areas such as education, competition, human capital development, public finance reform and public service delivery. The program is monitored using concrete, measurable and transparent performance indicators in each area and is subject to peer review by a panel of international experts.

The results of the program are published and attract considerable attention. Although in its early stages, the program is already showing impressive results. Malaysia’s ranking has moved up in the World Bank’s Doing Business indicators, private investment has climbed and investor confidence in the economy has improved. Interestingly, Malaysia has also opted to participate in the Trans-Pacific Partnership negotiations, possibly as a way to drive domestic reforms.

Malaysia’s example suggests that Indonesia needs to craft a long-term strategy in support of manufacturing that is well understood by all branches of government and the private sector. Quick fixes are not the answer — they detract from the structural reforms that Indonesia critically needs. Given the difficult global economic environment, this is not the time to repeat the mistakes of the past. It is the time to learn from them.