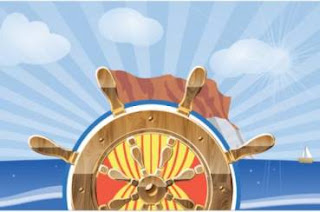 Overshadowed by the rapid growth and development of China and to a lesser extent India, the Asean region has been largely out of global focus. Nonetheless while in terms of gross domestic product, the Asean region cannot come even close to matching other blocks like China, the US, Eurozone, India, and Japan, trade and consumption figures are very interesting.

The region is also a very high-consumption block indicated by its imports from the rest of the world at US$1.06 trillion, much higher than India at US$451 billion, and Japan at US$794.7 billion. Asean still trails China at US$1.74 trillion, with the EU at US$2 trillion and the US at US$ 2.314 trillion.

Regional Comparison of Indicators
(Sources: Asean Statistics Leaflet 2011, Doing Business Data, CIA World Factbook)
This makes the Asean region one of the most interesting growth markets in the world. As a single trade entity it also has the potential to strongly influence world affairs through its trade strength.

But although the 1992 agreement to form AFTA and later the AEC, to streamline banking, finance, transport infrastructure, customers regulations, human capital mobility, and economic policy by 2015 could enable the region to exercise this influence, the promise may falter due to the current unpreparedness of Asean members in most areas of integration.

This is not just a lagging schedule, as has been suggested by many, but most of the region's members are currently inwardly focused upon their own domestic interests which may lead to the failure of achieving the implementation of the AEC by 2015. Moreover, a parochial rather than any regionally oriented mindset currently persists in Bangkok, Jakarta, Putra Jaya, Manila, Hanoi, and Naypyidaw, suggesting that this position may not change in the immediate future.

Inward Focus
Many Asean governments face watershed issues that may well set out how their respective societies will look for many future generations. Consequently their focus is currently inward upon domestic issues.

Currently there are no leaders with a regional vision within Asean. They don't appear to have the relationships their predecessors once had, as emerging democracies and development have their own demands. The club of dictators has gone. Even the pro-AEC Asean Secretary General Surin Pitsuwan, who kept the integration momentum going, is preparing to hand over the position to a less experienced diplomat from one of the less developed members, potentially leading to a further leadership vacuum.

The beneficiaries?
The constituency that one would expect to support an integrated Asean economy, regional conglomerates appears to still be lukewarm to the concept. Companies like Air Asia, CIMB Bank, Bangkok Bank, SingTel, and Siam Cement are the exception. The majority of Asean conglomerates are ethnic Chinese who settled across the region, building up their empires along common models of trading, real estate, finance and insurance, retail and banking. These firms are well connected in their own countries and haven't historically done well in regional countries where their connections are weak. Consequently these firms prefer to diversify business interests within their home country rather than expand across the region.

One easily gets the impression when visiting Bangkok, Jakarta, Kuala Lumpur, and Manila that business ownership is widely diversified, where in fact they are still in the hands of a small number of families. Many of these companies are yet to develop the regional mindset necessary to take up the opportunities that the AEC offers. They may actually enjoy the current protection that is afforded them from outside competition.

At the same time the Asean region is dominated by SMEs which account for approximately 98 percent of all enterprises and some75-85 percent of employment. Many are subsistence based enterprises employing no innovation in their business models. AFTA and the AEC would provide very few opportunities, except in the area of tourism.

Asean member states still regard each other as competitors, vying to attract foreign direct investment. Competing education and medical hubs have been set up which aim to attract international customers at the lowest cost. How the paradigm of collaboration rather than competition can be developed still remains to be seen.

Lagging preparation and the barriers to overcome
Infrastructure and logistic networks required for increased trade are still very much a work in progress. With the exception of Singapore, major highways, railways, deep water ports are still under construction. Border crossings are extremely congested and the high speed railway between Thailand, Laos and Southern China is still only just an idea.

The banking system is not yet integrated, little has been done in the way of streamlining customs procedures which is hindering the implementation of high quality logistic systems across the region. Little exists in the way of a regionally based media.

Existing Asean initiated projects like the Indonesia-Malaysia-Thailand Growth Triangle and the East Asean Growth Area have existed more as ideals rather than anything with substance on the ground. Above all there has been no attempt to integrate monetary or fiscal policy within the Asean region which would be necessary within any common market.

Asean states are still very much in different stages of growth, spread across a wide development continuum. The contrast between developed Singapore and Laos, Myanmar, Vietnam, and Cambodia is extremely wide, much more than any other region around the world. This diversity presents even greater challenges where assistance given by the more developed members of Asean could be construed as interference by the lesser developed nations. This is still a very sensitive issue within Asean today.

In addition, each country’s legal system is in a different stage of development, which is very important as the legal system creates the framework upon which business is conducted. Even if the common market is pronounced to be in existence by 2015, this factor alone will be a major impediment for regional companies. There is too much folklore within the business communities about specific country legal systems that make them shy away from direct investment.

At the government level there are still many bilateral issues that can potentially hinder and set back collaboration. The region is far behind schedule in the implementation of the AEC. Many unresolved issues concerning agriculture and non-tariff barriers are yet to be resolved. The less developed countries of Cambodia, Laos, Myanmar, and Vietnam are also holding back progress.

If the region fails to create an effective and integrated, truly competitive common market in 2015, with free flow of skills and capital, Asean will be severely disadvantaged vis-a-vis China, the US, Japan, and the EU, at a delicate time when the current détente is in flux and transformation.

It may be Asean's own inward focus and inbred parochialism that prevents it sitting at trade, political, and economic forums as equal partners with influence and stature. This may also prevent Asean entering into an era of diverse economic prosperity in the near future from the synergies and market size an AEC would bring.

It is highly unlikely the AEC will be in place with any effective form by 2015 unless it becomes a high policy priority within each member government. The outcome most likely is the formation of an AEC in a compromised form, consistent with the track record of past Asean compromises since its formation back in 1967. Asia Sentinel