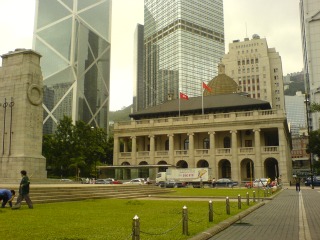 Disorganization, ineptitude combine with to cost them seats

Last Sunday’s Hong Kong elections have provided a painful lesson to the territory’s mainstream pro-democracy parties about the need for smart tactics and cooperation if they are to convert their voting power into seats in the Legislative Council.

As it was the democrats largely failed to take advantage of genuine and rising popular discontent at government policies, particularly on closer integration with the mainland and a plan – now on hold – for “National Education” in schools.

The net result was not entirely unsatisfactory for the pro-democracy camp, which won three of the five territory-wide seats contested and a few of the 30 “functional constituency” seats reserved for business and professional groups – 16 of which were uncontested, a fitting tribute to their “rotten borough” status.

The pro-government, pro-Beijing parties now lack the two-thirds majority needed for constitutional change. Life for the government will be complicated by the presence of several members who are basically pro-government but like to be seen to have independent minds. Nonetheless, the pro-democracy camp should have had a better result given the voters’ mood and the missteps of new the Chief Executive Leung Chun-ying, who was installed on July 1.

The mainstream democrats in particular failed to make best use of Hong Kong’s rather curious system for direct elections to its five geographical constituencies. Depending on population, each constituency elects between five and nine legislators. Electors have only one vote. Thus large parties aiming to pick up more than one seat have to plan strategy carefully and try to influence their voters to spread the votes in such a way as to maximize the party’s chances.

An added difficulty is in the method of calculating the result according to a system of proportional representation which in practice favors small parties, or those large ones who split their candidates into different lists and can manage their voters.

Thus for example the Civic Party list in the Northwest New Territories polled 72,185 votes, the highest of any party anywhere. But it earned it only a single seat while the pro-Beijing Democratic Alliance (DAB) and Federation of Trade Unions (FTU) collected two seats even though their combined total was just 69,016 votes. Likewise on Hong Kong Island the Civic Party’s 70,475 gained it just one seat while the DAB collected two by running two lists which totaled only 70,418 votes.

The loser in the pro-democracy camp was its traditional leader the Democratic Party which lost votes both to the Civic Party and to four more radical groups which benefited from dissatisfaction with the Democratic party’s uninspiring leadership. They also took advantage of a system which benefits small and one-person parties, getting one seat with just 28,000 votes. The radicals mostly spent more effort diverting anti-government votes to themselves than take on the well-funded and drilled DAB.

Clearly the main pro-democracy groups are greatly in need of coordination, not competition if they are to translate their voter support into more seats. But that will not be easy given the nature of the system and the ambitions of some high profile individuals. The pro-Beijing groups are more disciplined and have well-honed United Front operating principles. Because of those strengths the voting system in practice helps the pro-mainland DAB/FTU alliance, but it also produces a number of legislators on the pro-government side who will not always fall into line.

In that regard it is worth watching the New People’s Party of Regina Ip, an outspoken woman once seen as a potential Chief Executive, and Michael Tien, a businessman from an influential family and one sure of his own abilities. Some of the pro-government legislators from the functional constituencies were supporters of Henry Tang, the losing candidate for Chief Executive, and will not want to give Leung a blank check.

While the functional constituency system ensures a government majority for the time being, the government is all too aware that the system’s legitimacy is not accepted by at least 50 percent of the population, which at least partly explains the willingness of Hong Kong’s usually orderly and law-abiding people to take to the streets in large numbers – as they did only last week, forcing the government to retreat on the national education issue just a day before the election.

The smooth running of the election, conducted with a high degree of bureaucratic efficiency and popular commitment to fair play, suggests that Hong Kong’s governance problems stem from too little democracy, not too much. Pro-Beijing parties can and will continue to do well at the polls.

Indeed they could well do better if the anti-government parties lost a major platform – opposition to the functional constituency system. The Legislative Council would in practice become more pragmatic, dividing more on practical than ideological issues and today’s pro-democracy groups forced to mature into real parties with programs and discipline. Asia Sentinel