The End Of Private Halal Certification In Australia 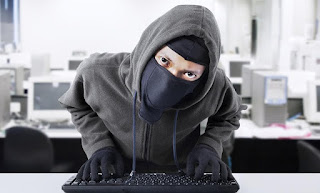 CORRUPTION. Extortion. Price fixing. Involuntary funding of religion by unwilling consumers. Links to extremism and terrorism. It’s all about to end. The Australian Federal Government is moving to snuff out the 33 or more private halal certifiers from our food chains.


The self claimed ‘halal millionaires’ and profiteers will either need to retire, find other means to extort monies or move overseas to other unsuspecting consumer markets. One Australian halal businessman now has his eyes on wider halal prizes with offices in South America, China and Ireland. 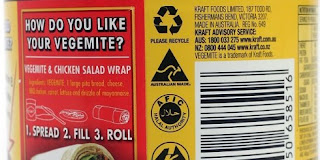 As more governments wake up to the ‘private halal certification’ scam, with all its systemic problems there will come a global push for one internationally recognised, corruption free, halal certification standard, a singular intergovernmental trademarked logo possibly under the auspices of the World Trade Organisation (WTO) which regulates international trade.


That’s not to say there won’t be internal corruption, after all we are talking about a cultural mindset where power and money corrode moral virtues. But any internal corruption will have widespread ramifications for a body like the WTO, or any individuals or companies mixed up in it, damaging the ‘halal’ brand.


In Australia the federal government will soon set up its own singular agency, certification and trademarked stamp. This is nothing revolutionary or radical.


Every Islamic country has just one ‘halal’ agency or government department.


Australia has an unregulated mess of private businessmen and profiteering Islamic bodies whose annual reports show that millions of dollars are being bled from consumers’ pockets then redistributed to Islamic causes here and overseas. These causes range from directly funding mosques and Islamic schools in Australia and Islamic countries, to donations to Islamic charities with known links to banned terrorist organisations.


The 1981-’82  Woodward Royal Commission into the Australian Meat Industry recommended one halal government stamp, one government body. That was never implemented, resulting in the growth of an unregulated market of halal cowboys. Islamic industry players point the finger at each other, fighting for the spoils, accusing others of corruption and price fixing.


Halal will never go away as long as there are Muslims. Australia benefits enormously from the halal export market. Halal itself is not the issue.


The Australian certification system is the issue, a system which was originally designed for meat exports to Islamic countries has morphed into a monster with its claws in the wallets and purses of every Australian. Over 80 per cent of our supermarket purchases is halal certified, funding Islamic causes - 80 per cent of domestic groceries funding a religion that represents two per cent of the Australian population.


Halal is a religious requirement for Muslims. The word simply means ‘permissible’ in Arabic. Halal existed for 1400 years without the need for the recently fabricated and profitable ’certification’ system.


Meat for example must be prepared by the cutting of an animal’s throat whilst it’s still alive. In panic and terror, the beast’s heart pumps out rushes of blood. Yes it’s cruel and barbaric, of another age, but it’s a religious requirement, an issue better suited to animal activists.


In countries such as Denmark, Sweden, Norway and the Netherlands halal slaughter without pre-stunnning has been banned where laws protecting animal rights have trumped religious rituals.


In Australia most Australian abattoirs employ Muslim only men for halal slaughter, where religious rituals trump our discrimination laws. This employment practice is unlawful and yet to be challenged.


The Jewish kosher slaughter system is identical. In fact, the Islamic prophet Mohammed, raised amongst Jews in Mecca, simply copied many of the teachings and practices of the Jews and Christians then added his own bits like killing Jews and Christians, to create Islam.


The difference between halal and kosher meat in Australia is, Jewish kosher slaughtermen, go into an abattoir, do their quota kill then leave. It's arranged by the rabbis. No employment imposition of Jewish only males. No imposition of fees on every consumer. All meat sold at all our major supermarkets, Woolies, Coles, Aldi, IGA, Franklins etc is halal certified, but not kosher.


Last week, the Federal Government wrapped up its senate inquiry into third party certification of food.


The inquiry was necessary due to the thousands of emails and letters to parliamentarians demanding to know why consumers were being unwillingly fleeced for religious interests. Shoppers wanted to know where their grocery money was going.


Islamic certifiers were invited to appear to explain the ins and outs of halal certification.


Under tight questioning, the two certifiers who fronted admitted the industry needs a shake up. Everyone agrees on that.


The senate publishes its findings and recommendations on 30 November. From there new laws and regulations will follow.


Coinciding with the senate inquiry, some of the country’s largest meat processors have called on the federal government to urgently reform the halal meat certification system


The ABC reports that our largest meat processing companies including JBS, Teys, NH Foods Australia and Nolan Meats have warned the government the current system of certification is causing ‘market access failures’ and ‘continued loss of confidence’ in Australian beef by consumers in Muslims countries.


The companies met with the Department of Agriculture in Melbourne recently to discuss reform, asking that the entire halal slaughter and certification system be overseen by the federal government.


With the industry calling for reform and for one government halal certification body, with consumers also calling for reform - and for choice, with activists calling for boycotts until they have confidence that their grocery monies are not funding religious causes, with a senate inquiry hearing Islamic certifiers agreeing that the system needs to be overhauled, there will be only one outcome - the government will oversee all halal certification.


One certificate, One stamp. Funds to the government to cover costs. No profiteering. No more money to unknown and nefarious religious causes, here or overseas.


Finally it should be noted the enquiry into halal certification and the inevitable changes that will eventuate would not have come about if it were not for one person - Kirralie Smith of the Halal Choices website.


This country based Aussie mum first cottoned on to the Australian scam when she noticed those funny little squiggly lines on her Vegemite, Coon Cheese and Cadburys chocolate labels.


Several years ago when halal certification was unknown to most consumers, Ms Smith searched for information wondering what the Arabic logos meant. She found no consumer information anywhere. Not even on government or consumer websites.


So she made her own calls to companies and halal certifiers, took lots of personal notes, then decided to share her research and knowledge on a newly created consumer choices website - www.halalchoices.com.au


This site was self funded, no government grants or outside help. Just one stay at home mum who had compiled so much information and knowledge about the halal industry in Australia she has become the unintended expert on halal in Australia.


The more Smith dug, the more she became convinced that she and other consumers were being scammed to fund a religion.


Smith has become a champion for Australian consumers. Her dogged fight to expose halal certification in Australia has her now being sued by one halal certifier (currently ongoing) and she has needed to move house due to threats. But she won’t give up.


She has been invited to give evidence at the senate inquiry where she was praised by halal certification supporter, Chairman Sam Dastyari for her incredible work in her submission.


Smith has been invited by the newly formed Australian Liberty Alliance to represent NSW in the Senate at the next election. After much resistance she has decided to uproot her life and stand as a senator.


I can't think of a better example of the little Aussie battler taking on an entire industry and winning. A true David and Goliath tale.


There’s much more to this tough little cookie than many know. If ever there was a prime candidate for the ABC's 'Australian Story' here's one screaming to be made, but I won’t hold my breath.


Ms Smith has slowly woken up some of the media, but many are still asleep. When the halal certification system is uprooted and weeded out, some will ask, "how did that happen?."


Others won't even notice.


Paul Zanetti for The Pickering Post
Posted by Kerry B. Collison at 3:59 PM