Islamist militants in the southern Philippines beheaded a Malaysian hostage seized from a resort in Malaysia’s Sabah state as troops shelled the captors’ jungle hideout. 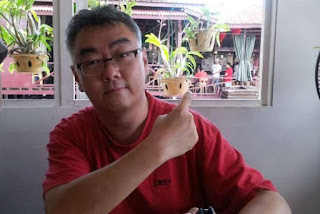 Bernard Ghen Ted Fen, 39, an engineer was executed around 4pm Monday in Indanan town on Jolo Island, 1,000 kilometers south of Manila.
The militants are also believed to be holding captive two Canadians, a Norwegian, a Filipina, a Dutch man and an Italian priest in the jungles of Jolo.


Negotiations for Ted Fen’s release failed, prompting the military to launch air strikes on the area where Abu Sayyaf militants were believed to be hiding him.


The hostage was beheaded directly after the bombardment started and the Abu Sayyaf hastily dispersed during the shelling.


Troops have been dispatched to hunt down the militants and locate Ted Fen’s body, which was reportedly buried by his captors.


Ted Fen was abducted alongside Thien Nyuk Fun, 50, manager of the Ocean King Seafood Restaurant in Sandakan town, Sabah, on May 14 from the town of Sandakan. Thien was freed on November 9 after a ransom of 30 million pesos (around $638,000) was paid, according to an unnamed police source.


The Abu Sayyaf has been blamed for some of the deadliest terrorist attacks in the Philippines as well as high-profile kidnappings for ransom involving foreign hostages.