Don't buy the China doom and gloom stories just yet 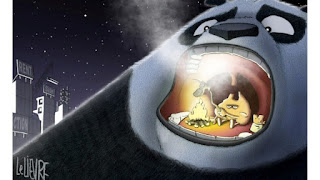 
Is the Chinese economy slowing down or melting down? You don't have to go far to find someone purporting to know a lot more about China than you do, who's making the most apocalyptic predictions.


And who knows? Maybe one day they'll be right. But I'll wait for it to happen before I start worrying.


By the same token, to say China is "slowing" seems a bit euphemistic. Being a developing country you can't say it's in recession the way you might say it of an advanced economy, because developing economies rarely experience an actual contraction in real gross domestic product.


At their worst they just grow at rates that, by their standards, are pretty bad, but by ours we'd be very pleased to have. In that sense it seems likely China is in or entering its own version of a recession.


Its rate of growth has been slowing for more than a year, it probably has more slowing to do, and with a bit of bad luck it could slow a lot more. At worst we're talking about growth in GDP slowing to maybe 4 per cent a year.


The biggest problem – as the doomsayers have long been saying – is the "overhang" from China's long-running real estate boom, in which far more apartments were built than there were people wanting to buy them.


Now housing construction has come to a halt in various parts of China, and it won't resume until the existing stock of empty homes is finally sold off. That could take at least a year, probably two. So the economy won't start to pick up anytime soon.


Limited housing construction means weak or declining growth in the manufacture of housing materials such as crude steel, cement and plate glass.


That's not the whole story, but it does mean the weakness is concentrated in construction and manufacturing, which just happen to be the main components of "industrial production" – an economic indicator the world's financial markets pay great attention to, not least because it's published monthly.


Trouble is, industrial production ain't easy to measure. It's particularly hard to do in developing countries, which don't have the bureaucratic infrastructure we have and where the shape of the economy keeps changing, not to mention the extra problems in measuring it monthly rather than quarterly.


This has prompted some in the markets to suspect a conspiracy rather than a stuff-up, and allege the Chinese authorities are making the numbers up. They may not be as reliable as we'd like, but don't believe that.


Another thing to remember – as people in the market tend to forget – is that industrial production accounts for only about 45 per cent of Chinese GDP. The remaining 55 per cent is in a lot better shape, as a Reserve Bank assistant governor, Dr Christopher Kent, argued in a speech this week.


By the way, if you're looking for someone to trust on China you could do worse than our central bank. It's well aware of the importance of China to our international prospects and so puts a lot more personpower than most into studying it: six or seven economists in Sydney, plus another two attached to our embassy in Beijing.


Kent says that although the weakness in China's property and manufacturing sectors is clearly of concern to commodity exporters like Australia, there are a number of countervailing forces supporting broader activity in China.


"First, growth in the services sector [worth about 45 per cent of GDP] has been resilient, and should continue to be assisted by a shift in demand towards services as incomes rise," he says.


"Second, growth in household consumption has also been stable in recent quarters, aided by the growth in new jobs. Of course, such outcomes cannot be taken for granted; if the industrial weakness is sustained, it might eventually affect household incomes and spending.


"They have scope to provide further support if needed, although they may be reticent to do too much if that compromises longer-term goals, such as placing the financial system on a more sustainable footing."


So what does this mean for us? The substantial slowing in industrial production has contributed to the further decline this year in the prices we get for our exports of coal and iron ore. (Of course, the bigger reason for the lower prices we're getting is the substantial increase in the supply of these commodities from places such as Australia.)


Kent says that what transpires with China's industrial production, and in Asia more broadly, will have a big influence on how much further commodity prices fall.


And the changing nature of China's development – a higher proportion of services and lower proportion of goods – limits the potential for commodity prices to go back up.


But here's the good news: Kent reminds us that the shift in demand towards services and Western agricultural products in China and Asia more broadly presents new opportunities for Australian exporters.


As recently as the mid-noughties, China's GDP was growing at the rate of 10 per cent. This is why money-market types are shocked to hear it's now growing by only 6.5 per cent, let alone 4 per cent.


But this just shows that even money-market types can be innumerate. As the distinguished former economic journalist Anatole Kaletsky has reminded us, China's GDP today is $US10.3 trillion ($14.5 trillion).


To the Chinese, what matters most is the rate at which GDP is growing. To the rest of us, however, what matters is the size of the absolute addition the Chinese are contributing to gross world product.