Vietnam in the American psyche 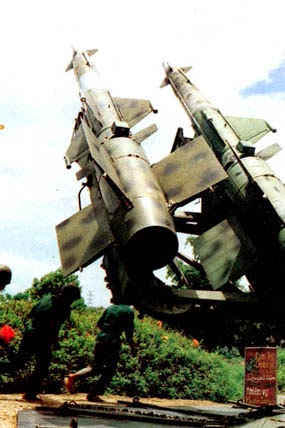 Anniversaries have their special appeal. The first anniversary of the sinking of the Sewol on April 16 evoked emotions of outrage and sadness. Anniversaries of war and peace, victories and defeats, are also deeply enshrined in the psyche of nations and individuals. We think of those whom we knew who died, of false hopes and severe disappointments enveloped in tragedies that you had to have been there to feel in their enormity.

It's with feelings such as those that I'm going to Saigon for a week of observances marking the 40th anniversary of what the victors call Giai Phong, meaning liberation. That's a word that I find hard to accept, however, after having spent a number of years on the losing side ― that is, covering the war from the American and South Vietnamese perspective.

All I can remember is the futility of a cruel war waged in distant jungle fire bases, in cities and towns, in the delta of the Mekong river, those memories mingle with the utter sadness of millions of South Vietnamese caught in the crossfire and then disbelieving when the Americans suddenly left them to face the North Vietnamese alone. In the years since then about 2 million Vietnamese have settled in the U.S., having gotten as refugees on boats or through the Orderly Departure Program that the Americans established with the Vietnamese victors.

Memories of the end of the Vietnamese War fester in the American consciousness as if the final defeat of the U.S.-backed Saigon regime was one of the greatest calamities in American history. Maybe it was, but then how come we go again and again to that humiliation but hardly remember the Korean War? Groups of veterans do come to Seoul now and then, but you don't see their stories and their memories filling acres of space in the foreign media as do all those anniversary stories from Vietnam.

Yes, as noted so often, but it's difficult to understand why the Korean War is so little remembered in the U.S. even though it didn't exactly end in defeat. In fact, considering how the southern ''half" of the Korean Peninsula has come to thrive as an economic powerhouse, we wouldn't be too wrong in saying the Korean War ended more favorably than seemed possible when the truce was signed in Panmunjom.

The ending in Korea is in stark contrast to the denouement in Vietnam which really was a total defeat, a sickening humiliation, a reminder of the waste of war. OK, U.S. forces did not surrender. The last of the combat units had withdrawn in 1973 under terms of the Paris peace that foolishly opened the doors wide open for the North Vietnamese to pour southward, finally entering Saigon after the abject defeat of the South Vietnamese. Lest anyone forget, however, please remember some South Vietnamese, outgunned and outmanned by the onrushing foe, fought valiantly on the approaches to Saigon.

Nowadays, though, you wonder if Vietnam, united and open to visitors from the U.S. and South Korea, America's great ally in the war, would have been any better off if the U.S. had gone on fighting. No one doubts that the regime was thoroughly corrupt, that much of the oil and other aid was stolen by military and political leaders, that the Americans never understood what to do to win. Vietnam's current leaders may be superficially communist but are also corrupt. We hear stories of human rights violations, of the arrests of journalists, intellectuals and religious figures, but we may be pretty sure the old order, had it prevailed in the South, would have been equally harsh while the North remained a persistent threat.

That argument, though, could never apply to South Korea. Some leftist intellectuals, dominating American campuses, claim if the communists had won, if Kim Il-sung's invasion of the south had succeeded, if the Americans had never intervened, Korea would have been not only united but prospered. Historical questions of ''what if" can never be answered, but I seriously doubt if a communist dictatorship could have done anything for Korea's prosperity. The record of North Korea over the seven decades since the division of the peninsula in 1945 does not support that ridiculous argument.

Instead, we have to wonder why we make so much out of Vietnam while forgetting or sublimating memories of the Korean War, which may have cost more lives. One reason may be that the Korean War was sort of a follow-up to World War II and the victory of the Chinese Communists whereas the Vietnam War was a turning point in U.S. history. Ever since, Americans have been questioning the wisdom of going to war, whether in Eastern Europe, or the Middle East, or again in Asia. The U.S. actually hasn't fought a war to a really successful conclusion since Korea. Will it do so again?

Columnist Donald Kirk, www.donaldkirk.com, covered much of the war in Vietnam and Cambodia and has been reporting off and on from Korea and elsewhere in Asia since that period