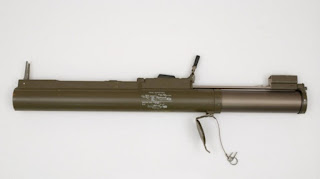 
Four years ago, tentative talks began between counter-terrorism officials and legal representatives of several convicted terrorists over the whereabouts of at least five rocket launchers stolen from a military facility early last decade and now believed to be buried in bushland on Sydney's fringes.


Now, for the first time, sources have opened up on the secretive meetings, with both sides blaming the other for negotiations having faltered almost as quickly as they began. They were the failed negotiations which have left a cache of missile launchers in unknown hands – and Australia in a state of limbo.


A senior national police source, who has spoken on the condition of anonymity, said: "We were happy to commit to paper and do something if they produced the rocket launchers, or evidence of them. But everyone wanted everything upfront, whether that be money, deals on sentences they were either about to get or had received. It doesn't happen like that."


But one of several lawyers involved in the meetings, viewed those talks differently.


"We sought on behalf of the clients to determine what might be on offer. But there was no real attempt made to offer anything that would convince them to negotiate or talk further." 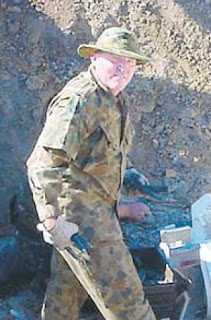 Shane Della-Vedova, who stole and then sold 10 rocket launchers from a military base in Queensland. Nine remain missing.


Between 2001 and 2003, former army officer Shane Della-Vedova stole 10 M72 rocket launchers from an Australian Defence Force base in Queensland. The 66-millimetre rocket launchers boast a range of up to 200 metres against stationary targets. They vanished with rockets containing warheads that detonate on impact.


Della-Vedova sold seven of the launchers, via an associate, to Sydney crime identity Adnan "Eddie" Darwiche, who is now serving life for murder. Darwiche in turn allegedly sold five to Mohamed Ali Elomar – uncle of the Islamic State jihadist of the same name who was killed in an air strike in Syria in June. 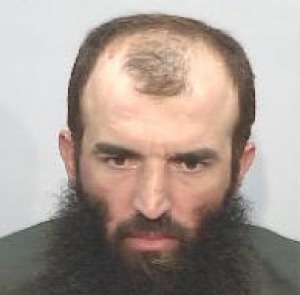 Mohamed Ali Elomar allegedly bought five of the rocket launchers. He was arrested during Operation Pendennis which foiled a series of major attacks across Australia. He is currently behind bars.


In 2005, Elomar snr was arrested during Operation Pendennis, the largest counter-terrorism investigation in Australia. While he is now serving a 21-year sentence for his ringleader role in the Sydney and Melbourne-based terror network, only one of the 10 launchers has ever been recovered. According to some sources, four were shifted on the black market, possibly overseas. During the Pendennis raids police found instructions on how to hide anti-tank rockets inside plastic PVC piping. When it emerged that identical piping had been bought – and digging equipment found in a suspect's car, police were confronted with the reality that the launchers had almost certainly been buried.


"Movements on phones led us to the Helensburgh area and national park south of Sydney," the police source said, adding: "Over a two-year period, we tore every inch of the area apart. The army attended with state-of-the-art metal-detecting equipment. We got nothing."


Fairfax Media has been told that since then, police have been approached by "numerous" parties claiming to have access to the launchers. They include convicted murderer and self-proclaimed jihadist, Bassam Hamzy, who from his maximum security cell, asked for indemnities, rewards and a reduction in sentence in exchange for revealing a location.


The legal source who spoke to Fairfax Media last week confirmed he had been present at two meetings about four years ago, with ASIO officials, in Sydney.


"The meetings were held in my legal office," he explained. "A fellow lawyer was in attendance, counsel was present – and two officials from ASIO."


While refusing to name who he was representing, he confirmed they are still in jail: "A lawyer can only do so much in trying to make things work. It just seemed ... as though there was not much interest in finding these items."


But the police source disputes that view: "We were talking to anyone who would talk to us. When they knew we were desperate to get them off the street, quite a large number of people claimed to know where they were."