Engage the mothers to counter Islamic youth radicalisation-Muslim mothers should be equipped with resources and education to watch out for changes in their children's behaviour. 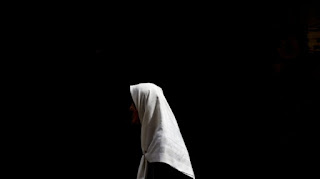 Muslim mothers should be equipped with resources and education to watch out for changes in their children's behaviour.


A dialogue that does not engage all members of the community is a dialogue that is incomplete, as will be the solutions developed to address the issue of Islamic radicalisation of Australian youths.


The fatal shooting earlier this month of an Australian Federal Police employee in Sydney by a 15-year-old Australian, who in turn was killed by police, has added fuel to the national dialogue on Islamic radicalisation of Australian youths. However, for a dialogue on Islamic radicalisation to be truly effective, a wide cross-section of the community needs to be consulted to develop strategies for combating the aggressive campaign being conducted by organisations such as Islamic State in grooming and recruiting Australian youths.


The risk of not engaging with these Australian mothers is that we do not equip these mothers to detect and act on the early signs of Islamic radicalisation.


The fatal shooting of another radicalised Australian youth who stabbed two police officers in Endeavour Hills in Melbourne in 2014 was followed by reports of the youth's father and brother attending the inquest into the young man's death. There was no mention of the mother. Where was the mother? Was she still alive? Was she grieving behind the scenes? Did her religious beliefs and practices prevent her from attending the public forum? Did journalists try to speak to her? Does she understand and speak English? Was she silenced from speaking out? Is there a forum for her to express her viewpoint and grief? Did she suspect her child was at risk of becoming radicalised?


Both Malcolm Turnbull and Tony Abbott before him made a point of reaching out to leaders of the Muslim communities – notably all men. Australian male Muslim leaders, that is, representatives from Islamic councils and organisations and mosques, have appeared in the media, including on programs such as the ABC's Q&A, to discuss the topic of youth radicalisation. Muslim youths of both genders have also participated in these dialogues. However, I am yet to hear the voice of an Australian mother who has lost her child or is at risk of losing a child to Islamic radicalisation, and which in turn is most likely to lead to the sad outcome of their untimely death.


What access to resources do these mothers have if they suspect their child is at risk of Islamic radicalisation, without fearing repercussions at home, incarceration from their own community and the larger Australian community, both for themselves and their loved ones? Do we have Muslim policewomen in the Australian Federal Police who are able to engage in conversations with these mothers? Is there a lead "auntie" among them who is being trained to provide these mothers with resources and education to watch out for changes in their children's behaviour?


For those mothers who have already suffered the loss of a child, how are they pulling themselves from the sense of loss, shock, despair, disbelief and grief?


The risk of not engaging with these Australian mothers – the mothers who are, I suspect, largely responsible for washing the youths' clothes, feeding them, watching over their emotional state, including monitoring any changes – is that we do not equip these mothers to detect and act on the early signs of Islamic radicalisation. Additionally, the leaders of the community could be shutting the doors to a useful source of information and a resource for preventing senseless deaths of both our youth and innocent members of our community.


A dialogue that does not engage all members of the community is a dialogue that is incomplete, as will be the solutions developed to address the issue of Islamic radicalisation of Australian youths.


In expressing this opinion, I must admit I do not have children. Islam is my birth religion but I am not a practising Muslim, although I happily embrace all opportunities that allow me to savour cuisine that marks the celebration of events such as the two Eids in the Islamic calendar. I have access to only a small sub-group of Muslims from the Bangladeshi community in Melbourne, where my parents reside and where I grew up.  I note that the Bangladeshi Muslim community group in Melbourne is a heterogeneous group exercising a diverse range of Islamic piety. Oh, and yes, I am no longer a youth. I live and work in Canberra.


Kishwar Rahman is a consultant based in Canberra.


Read more: http://www.smh.com.au/comment/mothers-absent-from-conversation-about-islamic-youth-radicalisation-20151021-gkeh81.html#ixzz3pEtYBIm4
Posted by Kerry B. Collison at 2:16 PM