The real victims of extended US economic sanctions on Myanmar 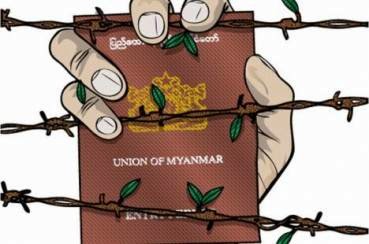 Myanmar's opening attracted much interest not only from Asian neighbours but also those in the West that once considered it a pariah state. Recent events, however, suggest that the honeymoon with the US and Europe may be waning over political issues. In contrast, China and others remain ready to engage, provided business conditions improve.

In May, the Americans extended economic sanctions to maintain the status quo, rather than easing up restrictions, as some had hoped. Just this month, religious clashes in Mandalay triggered not only a curfew in Myanmar's second-largest city but wider concerns about conflict between the majority Buddhists and the country's Muslim minority.

More questions are being asked about political stability and risks for businesses. But responses, however, differ according to perceptions and priorities.

Take, for example, Rakhine state and treatment of the Muslim minority there. European governments and the US have emphasised their concern over the plight of the Rohingya.

This is to be expected, given the importance the West gives to human rights. 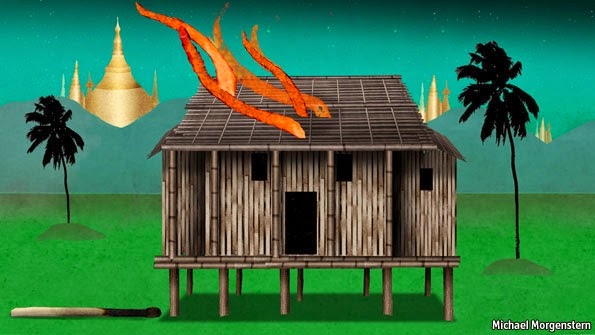 In America's case, the decision to extend sanctions was tipped by domestic politics and especially views in Congress. The Obama administration noted progress made by Myanmar on other political fronts. These include the release of over 1,100 political prisoners, steps towards a nationwide ceasefire with armed ethnic minorities, and greater freedom of expression for individuals and the press. But, with other concerns of domestic legislation, the administration is unwilling to push further.

Some may take the view that there is little difference since, while still in place, most American sanctions are suspended. But on our latest trip to Washington, we have found that the Americans were more critical about Myanmar's reform than a year ago.

Moreover, for businesses looking at larger-scale investments, continuing the sanctions means that uncertainty hangs over the longer term. With some exceptions, many look likely to remain, watching from the sidelines, rather than making commitments.

Yet, in response to the American decision, the Myanmar government says this would have a limited impact. Government spokesman Ye Htut responded in an interview to say: "I do not think Myanmar’s development will be harmed because of it."


This is more than talk. For while Western governments continue to place political conditions on their engagement with Myanmar, others have fewer compunctions. 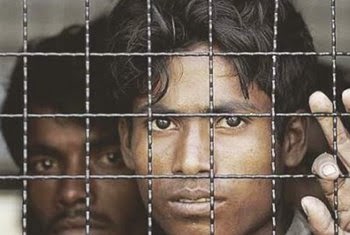 China's President Xi Jinping responded to the situation by reassuring its neighbour that Beijing remains committed to a policy of non-interference with regards to Myanmar's internal affairs. To warm up relations with Myanmar, China dug into its history books and pulled out an almost forgotten 60-year-old agreement signed between Myanmar, India and China in the early days of the Cold War. This spells out the Five Principles of Peaceful Coexistence between the three countries and was the excuse for a big anniversary celebration last month. To receive Myanmar's President Thein Sein, Beijing rolled out the red carpet and awarded the former general full military honours.

China is not alone in deepening ties with Myanmar. Many others in Asia could try to race ahead of their Western counterparts. Anecdotal evidence and some surveys show that these include not only Chinese companies but also those from Japan, South Korea, India and Asean neighbours.

A survey of more than 100 companies done recently by Singapore's United Overseas Bank shows that more than 70 per cent have plans to expand in Myanmar within the next year.

Similarly keen interest was shown at a conference that we organised in Yangon, together with the Union of Myanmar Federation of Chambers of Commerce and Industry (UMFCCI), and two advisory firms from Singapore - KPMG and the Wong Partnership law firm.

From the perspective of many Asian businesses, American economic sanctions and the political issues that led to their renewal are not the main thing. Their concern is instead with issues on the ground - predominately the lack of capacity and infrastructure, and continuing uncertainty over rules and decision-making.


These business issues - rather than perceptions about politics - are the choke points that prevent the initial interest of many foreign investors from translating into real investment. The Myanmar government would do well to give this priority, especially for investment projects in the country's much talked about Special Economic Zones.

Another government priority has to be to help the country's small and medium enterprises.

With the Asean economic community approaching in 2015, trade and market access will increase, and local Myanmar businesses fear they will not be able to compete. Unless they are assisted, they could form a constituency to resist the economic opening.

At present, a number of business groups in Myanmar emphasise that they do not support protectionist measures. Rather, small and medium enterprises are seeking foreign partnerships to technology and markets, and access to finance.

With elections due in 2015, the current government has a limited runway to consolidate the conditions for economic growth, while politics is likely to heat up.

The leadership in Myanmar made a bold step to open up and reach out to the US and Europe. The reality is, however, that reforming Myanmar is not an overnight project and expectations need to be tempered with a view to the longer term.

If the US and Europe will not sustain and deepen their engagement with Myanmar, then others will be ready to offer themselves.

Associate Professor Simon Tay and Cheryl Tan are, respectively, chairman and assistant director (Media and Policy Research) of the Singapore Institute of International Affairs (SIIA). The SIIA will hold its annual flagship event, the 7th Asean & Asia Forum, at The Ritz Carlton, Millenia Singapore on August 1, with a panel specifically to discuss reform in Myanmar.