Afghanistan mission a waste of blood and money 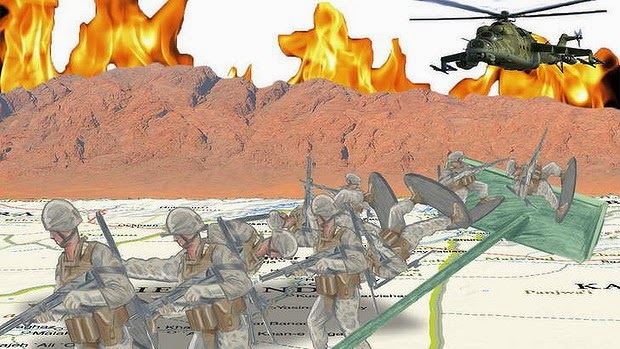 The Australian Army will terminate Major Bernie Gaynor's commission tomorrow. It is not difficult to see why. Gaynor has accused the army's higher leadership of cowardice.


He has made the claim publicly, repeatedly, and in various forms. He has predicted the moral cowardice of the army’s leadership would inevitably lead to a complete waste of the service and sacrifices made by thousands of Australian military personnel in Afghanistan and Iraq.


This has not gone down well. On June 30, the chief of the Defence Force, General David Hurley, AC, DSC, on his last day in the job, wrote to Gaynor detailing why he was no longer fit to serve in the Army Reserve.

Gaynor served three tours of duty in Iraq while serving in Army intelligence. In a column published on March 17, I quoted a speech he had given to a conference in Melbourne: "It is my unpleasant duty to inform you that the Australian Defence Force has a fundamentally broken approach to religion, an approach shaped partly by the triumph of bureaucratic administration over battlefield considerations but mostly by political correctness …


"The ADF has a fundamentally flawed understanding of Islam. Just look at Iraq. I was one of the last Australians to serve there. All the politicians and military hierarchy were saying the withdrawal of Western military force was based on success. And yet al-Qaeda today controls more of Iraq than it ever did while Western forces were in the country …"


That was four months ago. It is much worse now. What Gaynor has predicted has spread, deepened and metastasised into Afghanistan.


"While everyone is watching the spread of the Islamic state in Iraq and Syria, we're not noticing that areas where British and American troops fought and died in Afghanistan are being taken by the Taliban even before NATO forces have left the country ... Helmand Province is being overrun by the Taliban. It is next to Oruzgan Province, where the Australian military was deployed and 40 Australians died."


During the past week, The Washington Post and news agencies have reported dozens have been killed in fighting in Helmand Province as the Taliban committed hundreds of fighters to attacking Afghan army posts.


"You have a responsibility not to leave complete chaos but that is what we have done by leaving things half-baked," Gaynor said, describing the bloody schisms that have opened in Iraq, Syria and Afghanistan in the wake of the departure of US and NATO forces from the region.


"The mission in Afghanistan was based on an absurd plan. Even the NATO mission statement said it was to set up a state under Sharia law. This is absurd if the object is to set up a democracy."


As an example of the army’s wishful thinking he pointed to an interview given by General Hurley to the ABC on March 26 last year: "But in the end, on January 1, 2015, we remain confident that, with the continuing support of the international community, the Afghan institutions of state, including the army and the police, will be able to maintain security and allow a newly elected Afghan president and government to start to do the things that they want to do for their people."


In retrospect, this sounds worse than naive. It sounds like a basic misreading of a nation shaped for centuries by tribalism, Islam and the rule by force.


None of this is why Gaynor is being drummed out of the army. Rather, Gaynor sees this military failure as a symptom of a cultural issue over which he was willing to sacrifice his army career: his Christian faith. On this issue, by his own admission, he has been a provocateur and a serial litigator.


He formally protested the decision by the army to allow service personnel to march, in uniform, in the Gay and Lesbian Mardi Gras. He argued that army personnel are barred from participating in political activities while in uniform and that the Mardi Gras is a political event as defined by its own articles of association.


He also pointed out that Mardi Gras had a long history of openly vilifying the Catholic church, and Catholic clergy, over its opposition to same-sex marriage. Gaynor, who is Catholic, argued this was offensive to many Catholics, who make up about 40 per cent of military personnel.


The army’s "quick assessment" response to his complaint even conceded his core points while dismissing his complaint:


"The ADF traditionally avoids overt support of specific political viewpoints. By allowing official participation in the 2013 Mardi Gras by uniformed personnel the ADF could be seen as now being comfortable in supporting politically polarising issues.


"If a uniformed member were to support a gathering that insulted strongly held beliefs of a religion other than Christianity (to use Gaynor's example), vilifying Islam with 'Mohammad is Gay' signs… that member would be severely dealt with. In the case of the Mardi Gras, the opposite occurred."


Gaynor half-won that argument but he over-stepped the army’s mark by using his private blog to wage a cultural war against what he calls politically correct policies. Eventually, Major-General A.J. Campbell requested his resignation, stating: ''In short, army does not share your views, which are both offensive and divisive and not in the interests of army or our people.''


This view was ultimately confirmed by the Chief of the Defence Force. Gaynor will thus be gone tomorrow.


Gone, too, regrettably, is the credibility of Australia’s military missions in Iraq and Afghanistan. The army will need to confront the reasons for this abject waste of blood and money, given that jihad against the West and western liberalism, being waged by militant Islamists, has a long, long way to run. Read more: http://www.smh.com.au/comment/christian-army-officer-bernie-gaynor-pays-the-price-for-marching-out-of-step-with-top-generals-20140709-zt1iq.html#ixzz370qQgGSG
Posted by Kerry B. Collison at 3:26 PM