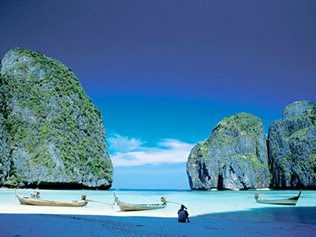 There is now evidence that the conservatives are now back in charge.
Returning to normal in Thailand means a powerful and political military.
Like the conservative and military governments of the past, the current administration is reliant on the feared state apparatus which keeps people in their place.

The critical agencies are the military, the Internal Security Operations Command (ISOC), the Ministry of Interior, and the Ministry of Information, Communications and Technology. Each has been given sufficient funding to identify and suppress ‘subversive elements’ and reinvigorate nationalist and royalist propaganda.
Posted by Kerry B. Collison at 5:34 PM