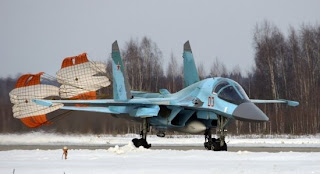 India is expected to spend over US$50 billion in the period of 2007-2012, aimed at building an immediate strike force against Pakistan and longer-term deterrence against China.

The Industry of India said the country over three years (2004-2007) spent $10.5 billion on military imports, putting it among the largest arms importers in the developing world. India's military imports are expected to reach $30 billion by 2012.

In the fray are deals for 126 multi-role fighter planes valued over $11 billion, 155-mm howitzers, a variety of helicopters and long-range maritime reconnaissance aircraft.

With the exit of the left, the role of Indian private firms in defense production should get a fillip, while American defense supplies and contracts will go up to add to the competition from countries such as Israel, Russia, Britain, Sweden and France.

In a buyer's market, India will be able to negotiate deals from a position of strength.

Modernization plans in the pipeline include developing the Agni-V inter-continental nuclear capable ballistic missile that can hit targets 5,000 kilometers away and torpedoes and planes for the navy.

India has also been particularly concerned by the US's proposed five-year $2.8 billion military aid package to Pakistan to fight militants, arms that could as easily be deployed against India. This is in addition to the $7.5 billion civilian assistance Washington will hand over to Pakistan over the next five years.
According to a US non-partisan Congressional study, "Conventional Arms Transfers to Developing Nations", India was the biggest arms shopper over the period of 1999-2006, with agreements valued at $22.40 billion, compared to second-ranked China, while Pakistan placed seventh with $10.90 billion.

Boeing's F/A-18 Super Hornet, Lockheed Martin F-16, Russia's MiG, Sweden's Saab Gripen, French Rafale and the Eurofighter Typhoon (a consortium of British, German, Italian and Spanish companies), are in the race for a much sought after contract.
A defense team from India is to visit Russia next month to speed up delivery of the aircraft carrier Gorshkov for induction into the navy by 2012. 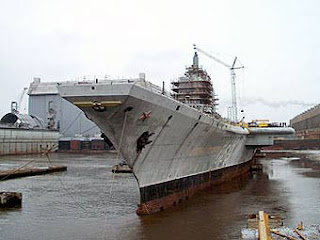 India's Defense Research and Development Organization declared it was necessary to fast-track a nearly $1 billion domestic weapons development program due to the renewed tensions with Pakistan. The plans include the induction of 124 main battle tanks for the army and the first of a batch of locally made combat aircraft for the navy.

Another purchase India recently made from Israel was for aerostat radars, at a cost of $600 million, which are also used spot surreptitious guerilla attacks such as the one in Mumbai where the attackers used dingy boats to infiltrate the city.
New Delhi has also signed a $1.4 billion deal with Israel to purchase a 70km shore-based and sea borne anti-missile air defense system.

India has also announced that its project to build three nuclear-powered submarines is nearing completion.

The IAF has already fast-tracked the retrofitting of Sukhoi-30MKI combat fighters with the aerial version of the BrahMos supersonic cruise missile jointly developed by India and Russia, post the Mumbai strikes.

The army is expediting the purchase of the latest generation Harop loitering weapon system, or missile firing drone, as well as the Heron long-duration unmanned aerial vehicles, armored vehicles and Tangushka air defense systems.
Posted by Kerry B. Collison at 2:42 PM

Email ThisBlogThis!Share to TwitterShare to FacebookShare to Pinterest
Labels: Indian Arms Spree on the Fast Track