Did China Miss the Boat? 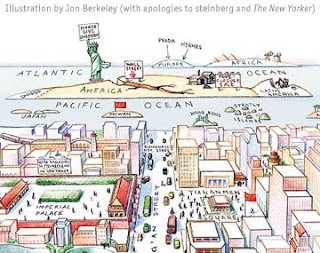 Did China Miss the Boat?


The military crackdown against pro-democracy students in Tiananmen Square, Beijing, 20 years ago today has been sent into the annals of China’s history. But the government dismisses the tragedy as insignificant, and many of the student exponents have either been silenced or have embraced the comforts of the economically more prosperous (but still communist-ruled) China.

In the eyes of many Chinese, the unprecedented rapid economic progress their country has experienced since the June 4, 1989 tragedy has vindicated the decision to send in the military with their tanks to quell the student movement once and for all.
The losses in terms of human lives have now been widely accepted as the cost paid to ensure political stability, a prerequisite for economic development.

China today would certainly be vastly different if it had taken a different path and allowed democracy to take root. How different and whether it would be better or worse off are subjects of academic speculation. While this may seem like a moot point, it is still a good exercise to determine the way forward. Like it or not, democracy and freedom, the two issues on the students’ agenda, will continue to haunt China and its leaders.

The greater economic prosperity achieved at the expense of suppressing freedom is only going to create more pressure from within. Here is not so much a question of culture as a question of the universality of human beings’ desire to enjoy some basic freedoms of expression, of organization and of religion.
Many former socialist countries in Europe took the plunge in the late 1980s and are showing mixed results. With China, it is only a matter of time before its people press for change and demand more freedom and for its leaders to address and decide the best way forward.
Excerpt from Jakarta Post Editorial
Posted by Kerry B. Collison at 5:48 PM

Email ThisBlogThis!Share to TwitterShare to FacebookShare to Pinterest
Labels: Did China Miss the Boat?