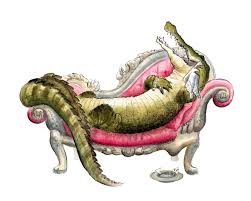 
The office of Swiss Attorney General Michael Lauber said it had formally asked Malaysia to help with its probes into possible violations of Swiss laws related to bribery of foreign officials, misconduct in public office, money laundering and criminal mismanagement at the fund.


It said it had identified four cases of alleged criminal conduct.


1MDB, whose advisory board is chaired by Malaysian Prime Minister Najib Razak, has been probed by Malaysian authorities following accusations of financial mismanagement and graft.


Earlier this week, Malaysia's attorney general cleared Najib himself of any criminal offences or corruption, declaring that $681 million deposited into his personal bank account was a gift from Saudi Arabia's Royal family.


The Malaysian attorney general's office said in a statement on Saturday it would take all possible steps to follow up and collaborate with its Swiss counterpart, but noted that the investigations into donations made to Najib were entirely separate from those into 1MDB.


Najib has consistently denied any wrongdoing, saying the funds were a political donation and he did not take any money for personal gain.


In its statement seeking Malaysia's assistance, the Swiss attorney general's office said: "The monies believed to have been misappropriated would have been earmarked for investment in economic and social development projects in Malaysia."


It added that each case involved "a systematic course of action carried out by means of complex financial structures."


1MDB said it has not been contacted by foreign legal authorities on any matters relating to the company.


Lauber's office said a small portion of the apparently misappropriated money had been transferred to accounts held in Switzerland by former Malaysian public officials and current and former public officials from the United Arab Emirates.


The four cases of suspected criminal conduct related to former 1MDB subsidiary SRC International, Petrosaudi, Genting/Tanjong and ADMIC between 2009 and 2013, it said.


When presenting his findings last week, Malaysia's top lawyer had asked the country's anti-graft agency to close all probes into SRC and the money deposited in Najib's account.


Officials from Malaysia's anti-graft agency were not immediately available for comment on the statement by the Swiss authorities. Genting and Tanjong did not answer calls seeking comment. Petrosaudi and ADMIC could not immediately be reached.


The Swiss statement said Lauber had discussed the 1MDB case with his Malaysian counterpart at a meeting in Zurich in September.


1MDB is also under investigation by law enforcement agencies in Hong Kong and the United States, media and other sources have said.


Tony Pua, a member of the Malaysian parliament with the opposition Democratic Action Party, called on the Malaysian attorney general to cooperate fully with foreign investigating agencies.


"Such cooperation will not only go a long way towards identifying the culprits ... but also removing the perception that the Malaysian AG was biased in favor of the prime minister," Pua said.


Malaysia's anti-corruption commission has said it will seek a review of a decision by the attorney-general to clear Najib.


The Swiss statement said the request for mutual assistance is to advise the companies involved and the Malaysian government of the results of the Swiss criminal proceedings, "with the aim of finding out whether losses on this scale have been sustained."