US vows to back Japan in China row 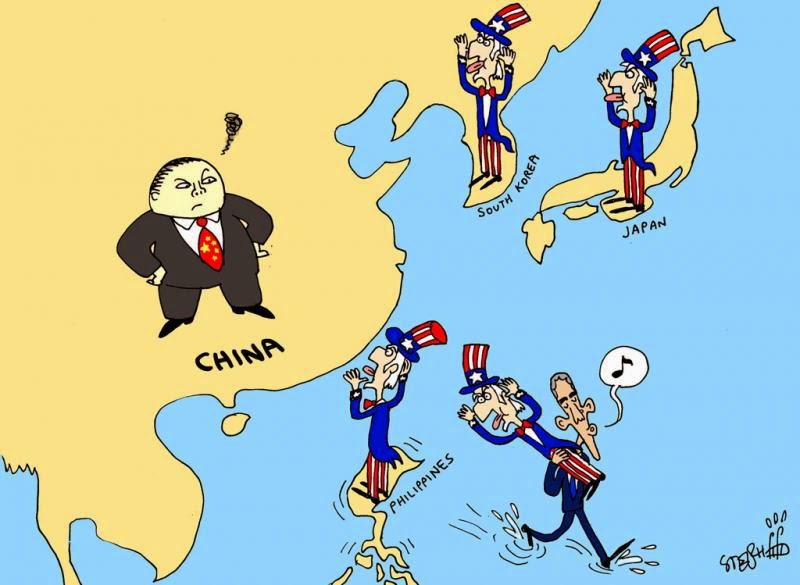 SINGAPORE: US Defense Secretary Chuck Hagel warned Beijing on Saturday against “destabilizing actions” in the South China Sea, and backed its regional rival Japan’s plans to take on a more muscular security role in Asia.


Stressing US commitments to allies and friends in Asia, Hagel called for a peaceful resolution of international disputes and issued a blunt message to China, which was represented by a high-level military delegation at the forum in Singapore. 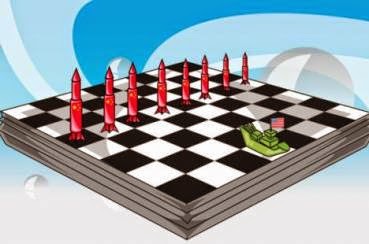 
Hagel said that while the United States does not take sides on rival claims, “we firmly oppose any nation’s use of intimidation, coercion, or the threat of force to assert these claims.”


“The United States will not look the other way when fundamental principles of the international order are being challenged,” he said.


China reacted angrily to Hagel’s comments, with Deputy Chief of the General Staff of the People’s Liberation Army (PLA) Wang Guanzhong describing them as baseless, and further condemning him for making them in public.


“This speech is full of hegemony, full of incitement, threats, intimidation,” Wang was quoted as saying by a reporter from state broadcaster China Central Television.


“Moreover [it] is public, several times criticizing China by name, and these kinds of accusations are completely without basis, without reason,” Wang said. The military official is due to make his own speech on Sunday. 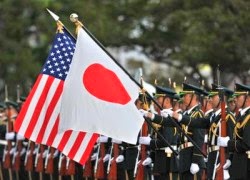 Japanese Prime Minister Shinzo Abe also pledged to support efforts by Vietnam and the Philippines to resolve their territorial disputes with China, making a veiled criticism of the Asian powerhouse.


In a speech at the Asia Security Summit in Singapore, Abe said the rule of law is what makes the Asia-Pacific region stable, adding countries should adhere to international law, avoid resorting to force or coercion, and resolve conflicts peacefully.


“My government strongly supports the efforts by the Philippines calling for a resolution  to the dispute in the South China Sea,” Abe said. “We likewise support Vietnam in its efforts to resolve issues through dialogue.”


Abe vowed late on Friday that his country would play a larger role in promoting peace in Asia, and called for the rule of law to be upheld in the region.


Laying out a vision of Tokyo as a counterweight to the growing might of China, Abe offered Japan’s help to regional partners “to ensure security of the seas and skies.”


He said Japan and the US stood ready to bolster security cooperation with Australia and the Association of Southeast Asian Nations (Asean).


“Japan intends to play an even greater and more proactive role than it has until now in making peace in Asia and the world something more certain,” he said in a keynote speech at an annual Asia security forum in Singapore.


Abe said Japan will provide 10 new coast guard patrol ships to the Philippines, which has one of Asia’s most poorly equipped security forces.


He said three such vessels have already been provided to Indonesia and Vietnam may receive similar assistance.

Tensions have recently flared up in the South China Sea, claimed almost entirely by China, which has lately taken bold steps to enforce what it says are its historical rights.
Four Southeast Asian states—Brunei, Malaysia, the Philippines and Vietnam—claim parts of the sea, with Manila and Hanoi being the most vocal in opposing China’s claims. Taiwan is the sixth claimant.


In the latest outbreak of tensions, Vietnam accused Chinese warships Thursday of pointing weapons at their vessels during an escalating standoff near an oil rig in contested waters. There have also been ramming incidents involving boats from both sides lately.


The Philippines and China are locked in a bitter dispute over the control of islets and reefs in the sea, which straddles vital shipping lanes and is believed to sit atop vast gas deposits.


China is also in dispute with Japan over islands in the East Sea, which Tokyo calls Senkaku and Beijing refers to as Diaoyu.


Last year, China declared an air defense identification zone in the East Sea, including over the outcrops, which are under Japan’s administration.

In his speech, Hagel reiterated that the United States opposes “any effort by any nation to restrict overflight or freedom of navigation, whether from military or civilian vessels, from countries big or small.”


Restating a US declaration, he said “the Senkaku Islands fall under our mutual defense treaty with Japan” and backed Tokyo’s plans to play a greater role in maintaining security in Asia.
AFP and PNA/Kyodo
Posted by Kerry B. Collison at 4:31 PM