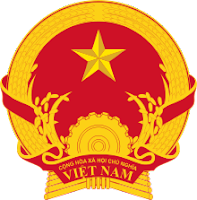 HANOI: The son of a Vietnamese revolutionary leader accused of calling for an end to one-party rule went on trial Monday in one of the most politically charged cases in the communist nation’s recent past.Cu Huy Ha Vu, 53, was charged after twice trying to sue the prime minister.He faces up to 12 years in prison if convicted of “propaganda against the state,” an allegation which rights activists say criminalizes peaceful dissent.

His trial in Hanoi was expected to last one day.

Vu is the son of Cu Huy Can, who was a member of revered founding president Ho Chi Minh’s provisional Cabinet from 1945, and is also a celebrated poet. Like most trials in Vietnam, his hearing is closed to all but a few. A limited number of journalists and foreign diplomats were allowed inside to watch proceedings via closed-circuit television with poor sound quality.

Vu was dressed in a tie.The indictment accused him of spreading propaganda against the state through writings, interviews with foreign media and Internet material.
Between 2009 and October last year, Vu allegedly “defamed the administration” and advocated a multiparty system, the indictment said.He said that the national leadership role of the Communist Party serves only “the illegal benefits of a small group,” according to the allegation. It also says he criticized the jailing of “hundreds of thousands” of former South Vietnamese officials after the communist victory reunified the nation in 1975.

Vu was arrested in November during a crackdown against activists and bloggers as political tensions rose before the Communist Party’s January leadership Congress.Two years ago, Vu submitted what he said was the first legal action against a Vietnamese prime minister.The case against premier Nguyen Tan Dung sought the cancellation of a controversial bauxite mining plan, which had sparked unusually broad opposition.The Hanoi People’s Court—the same body hearing his case on Monday—threw out the challenge, ruling it had no “legal basis.”A second attempt to lodge the case at the Supreme Court was ignored, according to Human Rights Watch, a US-based watchdog, which called at the weekend for Vu’s immediate release.

The indictment against Vu did not refer to his legal challenge against Dung.

Amnesty International said last month that more than 20 activists in Vietnam had been jailed over the previous year by the one-party regime. Extract from an article by Ian Timberlake AGence France-Presse
Posted by Kerry B. Collison at 1:18 PM