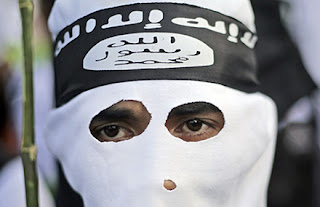 Terrorist groups active in Indonesia are undergoing a shift in ideology, a terrorism expert has said, as demonstrated by a change in the terms used by suspected terrorist arrested over the weekend.


The culprits are the same, but the group is new," he said as quoted by newsportal Kompas.com on Tuesday. Chaidar, a reformed former member of the radical group Islamic State of Indonesia (NII), explained that terrorist groups in Indonesia tended to buy into the radical teachings of Wahabism, a hard-line strain of Islam native to Saudi Arabia.


Wahabism itself, he added, comprised three distinct ideologies, namely Murji'ah, Jihadi and Takjiri, with the former two prevalent in Indonesia. Chaidar warned that the approximately 100 people who had returned from Syria in the past month should be closely watched, as they might be affiliated to the Islamic State (IS) group, which espouses Wahabi Takjiri ideology. " 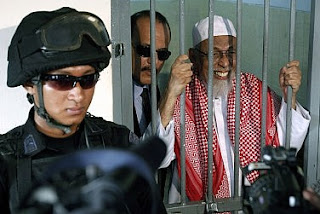 Adherents of Takjiri view non-adherents as infidels. They imitate the modus operandi of Al Qaeda, with suicide bombing and brutal attacks. For them, such acts are the true basis of Islam," he said. The National Police's counterterrorism detachment Densus 88 carried out raids in several cities recently, arresting nine suspects alleged to have been plotting attacks during the upcoming Christmas and New Year celebrations.