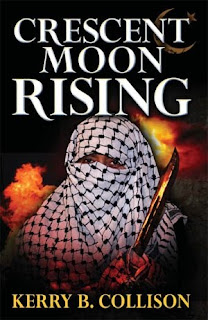 FORMER ASIO officer James Paul Sievers copied secret intelligence documents relating to the 2002 Bali bombings and gave them to his then-housemate to mail to the media, a court heard yesterday.
Mr Sievers' housemate, Francis Matthew O'Ryan, has admitted posting three documents from Batemans Bay, on the NSW south coast, to The Australian.
However, Mr O'Ryan's barrister, James Sabharwal, told the ACT Supreme Court Mr O'Ryan was acting alone. Mr Sievers has pleaded not guilty to one count of communicating
the information, while Mr O'Ryan has pleaded not guilty to aiding and abetting him. If Mr Sievers is found not guilty of involvement, Mr O'Ryan will automatically be found not guilty of aiding and abetting him.
The documents warned that terrorists in Indonesia were planning attacks on ``sin spots'' in the months before the 2002 Bali bombings, which killed 202 people, including 88 Australians.
They alleged Australian authorities were warned by the US intelligence liaison two weeks before the bombings that Jemaah Islamiah spiritual leader Abu Bakar Bashir had links with Osama bin Laden and led a group called Majeklis Mujahedden Indonesia, which was planning attacks. Two inquiries found there was no intelligence received by the Australian government that would have prevented the attacks.
The leak was traced to Mr O'Ryan because he paid for the express-post envelope in which the documents were sent with his credit card. Mr Sabharwal told the jury Mr O'Ryan found the documents in the Canberra home he shared with Mr Sievers. He said Mr O'Ryan decided to release the documents so the public knew the government possessed information that could have averted the tragedy. He said Mr O'Ryan was motivated to do so because his parents had visited one of the nightclubs targeted in the attack.
Prosecution barrister Stephen Hall SC said mobile phone records of the two men showed they were acting together. The men made multiple telephone calls to each other on the
afternoon the documents were sent from Batemans Bay. Mr Sievers' barrister Ken Archer told the jury his client, who faces up to two years in jail if convicted, was trained in
surveillance.
``It would seem to be a very interesting way for a trained ASIO employee to disguise his involvement in a disclosure to a major Australian daily,'' Mr Archer said.
He said the case was not about whistleblowing. ``Mr Sievers is not interested in blowing whistles about ASIO,'' he said. ``He worked faithfully for that organisation for some years.''
The trial, before judge Malcolm Gray, comes more than four years after three federal police officers raided the offices of The Australian searching for the documents. It is the second time the men are being tried after a jury could not reach a verdict last year. Mr Archer told the jury that if Mr Sievers had taken the documents home, it was inadvertently. He said this would most likely have occurred about the time of a Senate inquiry into the bombings, and was not the result of a ``conspiracy'' but a ``stuff-up''.
The hearing has been set down for eight days.
The Australian
Nicola Berkovic
Posted by Kerry B. Collison at 2:06 PM