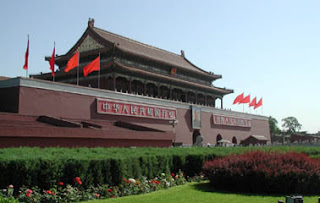 Hong Kong, China — China’s success in establishing a “strategic
partnership” with Southeast Asian countries has relied heavily
on its effective diplomacy with Indonesia, which it has pursued
diligently in recent years.
Indonesia had a strong anti-China policy in the 1960s, due to
China’s backing of the Communist Party of Indonesia against the
government. The two countries had no diplomatic relations from
1967 till 1990. Now, however, Indonesia has close military,
political and diplomatic ties with China.
China’s rationale in pursuing this relationship is
straightforward: Indonesia is the largest country in Southeast
Asia and has a population of over 240 million. Aside from its
natural gas and oil reserves, diplomatically, winning over
Indonesia was the key to engaging other nations in the region.
In terms of military equipment and technology, Indonesia has
become the third largest client of China-made C-802
surface-to-surface missiles and QW-1 surface-to-air missiles in
Southeast Asia, after Thailand and Myanmar. The Indonesian air
force was the first among ASEAN armed forces to purchase China’s
QW-3 surface-to-air missiles.
The political and military rapprochement of China and Indonesia
was aided by the fact that the United States restricted arms
sales to Indonesia throughout the 1990s over human rights
concerns. This became a full U.S. arms embargo from 1999 to
2006, in response to Indonesian actions in East Timor.
Indonesia therefore looked to China for military hardware. At
present, although the U.S. arms embargo has been lifted,
Indonesia is still wary of the United States. Thus the
Indonesian air force has turned to Russia and China for
equipment procurement.
In an exclusive interview, a senior Indonesian air force
official confided that the force had no plans to upgrade its
aging U.S.-made F-16A/B fighters, which are currently in
service, despite U.S. reports that it would do so.
Unlike the Philippines, Vietnam and Malaysia, Indonesia has no
territorial disputes with China over islands in the South China
Sea. There has never been any open argument between the two
countries over sovereignty.
In recent years, China has taken a number of steps to build
trust with Indonesia through high-level political visits between
the two countries. Chinese President Hu Jintao visited Indonesia
in 2005; it was during that visit that the two countries
declared the establishment of a “strategic partnership.”
Since then there have been frequent military contacts between
the two sides. In 2006, Zhang Yunshen, assistant to the chief of
staff of the People’s Liberation Army, visited Indonesia. In
2007, a Chinese naval delegation and battleship formation paid a
visit.
Chinese Defense Minister General Cao Gangchuan twice visited the
country, in January 2007 and January 2008. During the second
visit, the two sides signed a defense cooperation agreement.
Following this agreement, China exported to Indonesia a second
batch of C-802 SSMs and QW-3 surface-to-air missiles.
On the other hand, the Indonesian defense minister visited China
in November 2007. These exchanges of top military officials
evidence the steady escalation of military cooperation between
the two countries.
Other high-level diplomatic visits were also exchanged. The
Indonesian vice president visited China in June 2007, and in
July of the same year, China’s Foreign Minister Yang Jiechi paid
a return visit to Indonesia.
As a political favor to China, on March 12, 2008, Indonesian
Foreign Minister Hassan Wirajuda was the first among the ASEAN
countries to object overtly to Taiwan’s bid for U.N. membership.
The foreign ministers of other ASEAN countries then followed
suit.
Last November China sent Zhou Yongkang, a member of the Standing
Committee of the Chinese Communist Party’s Politburo, to visit
Indonesia to further strengthen the relationship.
Indonesia is the richest in natural resources among the ASEAN
nations, and China has been keen to develop economic cooperation
in parallel with its strategic ties. China’s key imports from
Indonesia currently include crude oil, petroleum refined from
tar, petroleum by-products, natural gas, coal and rubber.
Sino-Indonesian trade was valued at US$28 billion last year.
During a visit to Beijing by Indonesian Economy Minister Sri
Muyani Indrawati last month, the two sides set a goal of US$30
billion for 2010.
Starting this year, Indonesia will supply China’s southern
coastal province of Fujian with 2.6 million cubic meters of
natural gas every year; the contract is valid for 25 years.
China is particularly interested in Indonesia’s rich crude oil
resources. In 2007 Sinopec, China’s top oil and gas company,
announced it would invest US$14 billion in Indonesia to develop
crude oil and natural gas resources. China also plans to invest
in developing Indonesia’s coalmines.
It is not clear how Indonesia has paid for the Chinese weapons
it has acquired so far, but the country’s practice in recent
years in procuring weapons from Poland, Russia and South Korea
indicates that many of its deals have been negotiated through
barter trade.
It is safe to say that China’s efforts to strengthen military
cooperation with Indonesia, as elsewhere around the world, are
largely aimed at implementing its national energy security
strategy.
In addition to Indonesia, Malaysia, Vietnam and Brunei have all
been targeted by China for weapons deals in exchange for oil.
Increasingly, wherever there is oil, China-made weapons can be
found.
With the exception of Vietnam, which has a long-standing
mistrust of China, more China-made weapons can be expected to
appear throughout Southeast Asia in the years to come.
United Press International
April 15, 2009 By Andrei Chang
(Andrei Chang is editor-in-chief of Kanwa Defense Review
Monthly, registered in Toronto, Canada.)
Posted by Kerry B. Collison at 5:39 PM