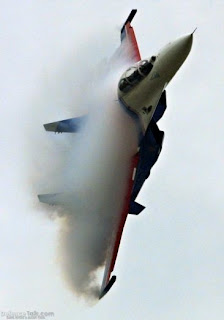 BBC Monitoring Former Soviet Union
March 19, 2009
Russian Military Journal Editor-In-Chief Details Arms Exports (including INDONESIA)
Text of report by Russian news weekly Kommersant-Vlast on 9 March
[Commentary by Eksport Vooruzheniy Editor-in-Chief Dmitriy Vasilyev: "Whom Russia Arms: Eksport Vooruzheniy Editor-in-Chief Dmitriy Vasilyev Analysed the Structure of Russian Arms Exports"]
What They Supplied
The structure of deliveries in 2008 is slightly different from the preceding year. As usual, aircraft occupied first place, having provided 50 per cent of the total identified amount of
military technical cooperation, and then PVO [air defence] systems follow -23 per cent of the identified deliveries. On the whole, Sukhoy fighter aircraft constituted the foundation
of Russian arms exports in 2008. Last year, a total of 42 Su-30 series multi-mission fighter aircraft were supplied abroad: four finished and 14 machine kits for assembly Su-30MKI fighter aircraft to India, eight Su-30MKA aircraft to Algeria and six Su-30MKM to Malaysia, and also eight Su-30MK2V to Venezuela and two Su-30MK2 aircraft to Indonesia. As usual, MiG brand fighter aircraft were not represented in Russian exports. So, the fulfilment of a contract with Algeria for the delivery of 34 MiG-29SMT/UBT fighter aircraft, which was extremely important for MiG RSK [Russian Aircraft Manufacturing Corporation], was terminated and the RF Air Force purchased the aircraft that were
returned to Russia. At the end of 2008, Su-25 ground attack aircraft, which Sudan previously did not have, were displayed at a military parade in Sudan. They were probably supplied over the course of the last year from Russian Air Force assets (roughly up to 12 aircraft).
The primary recipients of helicopters in 2008 were -Venezuela (14 Mi-17V-5 transport and two Mi-172 in the VIP configuration) and Indonesia (six Mi-17V-5 transport helicopters). Twenty-two helicopters of various types were also supplied to Croatia, Kazakhstan, Colombia, Pakistan, China and Mongolia. Transfers of finished aircraft engines (AL-31FN and RD-93) were conducted only to China based upon separate contracts. The setting up of
the production of RD-33 Series 3 engines is taking place in India. They will be installed on modernized MiG-29 aircraft.
Of the significant transfers of air defence systems, we must mention the receipt by China of all eight battalions of S-300PMU2 "Favorit" air defence missile systems. Twelve of 50
ordered "Pantsir-S1" air defence missile-gun complex combat vehicles were transferred to Syria. Weapons and military equipment for the ground troops and naval equipment took third and fourth place in arms exports (20 per cent and 6 per cent of identified deliveries). Tank transfers constituted the foundation of ground systems' deliveries. India received 60 T-90S tanks and Algeria -53 T-90SA tanks. BTR-80As [armoured transport vehicles] were supplied to Kazakhstan and
Azerbaijan. Another major transfer -was the delivery to India of 22 9A52-2Ye "Smerch" multiple rocket launcher system combat vehicles. Furthermore, India received the sixth Project 877EKM modernized diesel-electric submarine.
What Was Signed
With regard to the signing of new arms agreements, 2008 became not the most successful year as compared to previous years. According to tradition, contracts for the delivery of aircraft to India became the primary fraction in this segment, the largest of which was -for the delivery of 80 Mi-17V-5 transport helicopters at a cost of $1.2 billion. The agreements with India and Peru for the modernization of MiG-29 fighter aircraft became the primary ones in the "aircraft" contracts sphere.
In the "Naval Equipment" category, the official acknowledgment by the Russian authorities and the defence industrial structures of the fact of the transfer to India on a lease of the Project 971I "Nerpa" nuclear attack submarine became the main event.
Although it was reported that the agreement was signed already in 2004, the existence of that contract had been refuted. The submarine will be transferred to India this year for a period of nine years.
Among the other contracts in this sphere, we must mention the package of agreements with Turkmenistan ($400 million). Previously, Russia's military technical cooperation with this
country had been extremely insignificant, while being limited to service and preventive maintenance work and spare parts deliveries. Last year, contracts were signed for the lease of a Project 12421 missile boat and also for the delivery of two Project 12418 missile boats with the Uran-E complex and two Project 12200 Sobol escort boats. The contract with Turkey for the delivery of Metis-M1 and Kornet-E antitank missile complexes became the most significance in the sphere of weapons and military equipment for the ground troops. In 2008, they also anticipated the signing of a major contract with another country -NATO Member Greece -for the delivery of 415 BMP-3Ms [armoured personnel vehicles] with a
cost of 1.2 billion pounds but, in the end, it was delayed until 2009.
In the air defence sphere, we know that Venezuela and Vietnam have purchased Igla-S portable air defence missile complexes, but then again Venezuela acquired several hundred complexes at one time. According to certain information, in 2008 Venezuela also signed a contract for the delivery of Pechora-2M modernized air defence missile complexes. So, in addition to aircraft, this country has begun major purchases of Russian air defence weapons.
Source: Kommersant-Vlast, Moscow, in Russian 9 Mar 09
Posted by Kerry B. Collison at 11:25 AM

Email ThisBlogThis!Share to TwitterShare to FacebookShare to Pinterest
Labels: Weapons to Indonesia