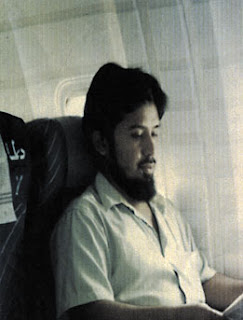 Guantanamo detainee Hambali is the mastermind of the Bali massacre and the attack against Christians
by Mathias Hariyadi
He is being accused by two former militants of Jemaah Islamiah, sentenced to life in prison for their involvement in attacks on churches in 2000. The country is facing the problem of where he should be sent: his return home would strengthen the fundamentalist wing of the country, which considers him a "hero" because of his years in Guantanamo.

Jakarta (AsiaNews) - Riduan “Hambali” Isamudin is the mastermind who planned the massacre in Bali in 2002, and the attacks against Christian churches and buildings in 2000. The accusation comes from Mubarok and Ali Imron, both members of Jemaah Islamiyah (JI), who say they are willing to testify against the operational chief of the Islamic fundamentalist movement in southeast Asia, who is being held in the detention center in Guantanamo.

Mubarok and Ali Imron are being held in the prison in Jakarta, where they are serving a life sentence for their involvement in the attack against churches in the country. In 2000, a coordinated series of bombs exploded in six different provinces, killing 19 people in the period before Christmas. They avoided the death penalty by demonstrating "remorse," and cooperating with security forces to shed light on the attacks. "Hambali brainwashed our mind to stage a jihad war against non-Islam followers," Imron says.

The accusations issued by the two former jihadists and the possible closing of the Guantanamo detention center raise a serious problem for Indonesian authorities: should Hambali return to the country, or is it preferable for him to remain in a foreign nation? It is not an insignificant question: on the one hand, his return would provide investigators with the possibility of interrogating him; he could also clarify his relationship with the religious fundamentalist Abu Bakar Baasyir, head of JI in southeast Asia. On the other hand, it could create a substantial security problem: the fact that he spent many years in the Cuban prison could elevate him to the status of "martyr" in the fight against the West. "“If Hambali returns back to Indonesia, he’s certainly becoming a hero," says a police official. "He served in Guantanamo. He’ll be a rock star. That’s why, it’s preferable for us that he is kept in the United States."

Sidney Jones, an expert on terrorism, says that "if you think Abu Bakar Baasyir was treated as a celebrity, the score for Hambali is 10 times (due to his record as Guantanamo veteran)." Chief of police Bambang Hendarso Danuri says that United States authorities should keep Hambali out of Indonesia for obvious reasons of security. He says the interrogations can be conducted abroad, and there is no need for the work to be done in Indonesia.

Anonymous police sources say that last February, a group of experts in Indonesia's anti-terrorism department met with Hambali in Guantanamo. The terrorist, who was in good health, is said to have confessed his involvement in the bombing attacks on the churches. So far, the Indonesian foreign minister and the U.S. embassy in Jakarta have not wanted to release any statements regarding an "agreement" on who should keep the terrorist.

Although there has been no official statement, it seems evident that the Indonesian authorities prefer to leave the hot potato in other hands. At the moment, there is not sufficient proof to incriminate Hambali in the Bali massacre, and the confession of the two terrorists does not seem to be enough. Moreover, the antiterrorism law of 2002 is not retroactive, and cannot be used in procedures against him. Hambali would therefore need to answer "only" for the attack on the churches in 2000.
Posted by Kerry B. Collison at 8:43 PM