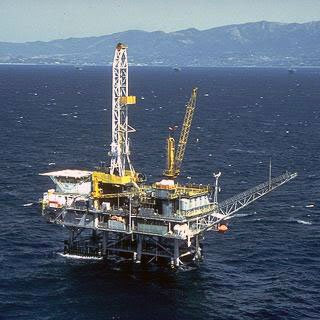 JAKARTA, March 24 Asia Pulse - PT Cirebon Electric Power, a
joint venture between local and foreign companies, is expected
to receive a loan of US$525 from a number of banks.

The loan fund from Bank of Tokyo-Mitsubishi, ING Bank, Mizhuo
Corporate Bank and Sumitomo Mitsui Banking Corp. (TSE:8318),
will be used to finance the construction of the 660-megawatt
power plant.

Retina Rosabai, the vice president for investor relations of
Indika Energy, said the financers have not given official
commitment, but the company hopes the loan would be available
soon.

Retina told the newspaper Investor Daily the coal fired power
plant project to be completed in 2011 , will cost around US$779
million.

JAKARTA, March 24 Asia Pulse - Japan Bank for International
Cooperation (JBIC) has offered to provide a loan of US$900
million to finance the capacity expansion of the Muara Tawar
combined cycle power plant.

The expansion unit will use the cogeneration technology, a new
technology to generate electricity.

The tender for the cogeneration project of Muara Tawar will be
held this year, Fahmi Mochtar, the president of the state power
utility PLN, said.

The project is part of the second crash program to build power
plants with a total capacity of 10,000 megawatts, Fahmi said.

Meanwhile, Indonesia and China have agreed to strengthen
strategic partnership signed in 2005 on the implementation of
the first crash program of 10,000 MW, Finance Minister Sri
Mulyani Indrawati said.

Implementation of the first program to build coal-fired power
plants to be completed in 2010, will 90 per cent depend on
financial support from Beijing, the newspaper Investor Daily
said.

JAKARTA, March 24 Asia Pulse - The Indonesian government agreed
on Monday to team up with Medco E&P Indonesia and Lapindo
Brantas Inc. to supply gas to around 7,400 households in the
cities of Palembang and Surabaya.

The agreement was signed at the Energy and Mineral Resources
Ministry building in the presence of Energy and Mineral
Resources Minister Purnomo Yusgiantoro, Director General of Oil
and Gas Evita Legowo, Head of the Upstream Oil and Gas Executive
Agency (BP Migas) R Priyono and Chief of the Downstream Oil and
Gas Regulatory Agency (BPH Migas) Tubagus Haryono.

Evita Legowo said the companies will supply gas to the
households through gas pipelines built in the two cities using
the 2009 state budget funds allocated to the Directorate General
of Oil and Gas.

The gas pipelines are expected to be operational in December
this year, she said.

"The supply of gas to the households is the first of its kinds
to benefit from state budget-funded pipelines," she said.

The program accords with the oil and gas law and has received a
seal of approval from the House of Representatives (DPR), she
said.

"Supplying gas to urban households is high on the list of the
national priorities in 2009 under a program designed to last
until 2014," she said.

In 2010, the government will build gas pipelines in the cities
of Bekasi, Depok, Tarakan and Jambi, she said.

Minister Purnomo Yusgiantoro meanwhile said the cooperation is
aimed at fulfilling the need for gas on a self-reliant basis as
well as at reducing kerosene subsidy.

The factory which will have a production capacity of 22,000 tons
a year will be built at a cost of US$300 million, the
association of plastic and olefin industries (INAplas) said.

INAplas secretary general Budi Susanto Sadman said construction
of the factory will come at the same time with the expansion of
Pertamina's crude distillation unit in Balongan.

The distillation unit will produce propylene, the basic material
for PP and ethylene through a process of residue catalytic
cracking (RCC).

Singapore -- Indonesia's Pertamina shut its aromatics unit at
Cilacap refinery on Tuesday for a two-week turnaround, a company
source said.

The unit was supposed to be shut at the end of February for
repairs to a leaking compressor caused by a fire at the facility
on February 19. However, difficulties in procuring spare parts
for the compressor had led to several delays in the shutdown
schedule.

Pertamina hopes to run the aromatics unit at full capacity until
July, when it will be shut for 45 days for a catalyst change.

The Cilacap refinery will concentrate on aromatics production in
the second half of this year, after the company's Balongan
refinery completes its maintenance in early May.

Indonesia’s state oil and gas firm Pertamina plans to import
4.5-5 million barrels of gasoline in April, more than usual, to
ensure adequate stocks ahead of elections, officials said.
Southeast Asia’s biggest economy heads for parliamentary
elections on April 9, followed by presidential elections in
July, and the government is keen to prevent any shortages or
disruptions in supplies. “Pertamina wants to make sure the
domestic gasoline supply is enough, especially during the
election period,” said Anang Noor, company spokesman. Last
month, Pertamina appointed Karen Agustiawan as president,
replacing Ari Soemarno who was publicly reprimanded by President
Susilo Bambang Yudhoyono because of problems at the state energy
firm. A huge fire broke out at a major depot in Jakarta earlier
this year, raising questions about security risks at the firm’s
storage facilities, while fuel shortages at several outlets in
the capital prompted complaints from angry motorists. There has
also been pressure on the government of Yudhoyono, who is
seeking a second term in office this year, to boost flagging
output in Indonesia. “For gasoline imports we are flexible, we
can adjust any time. But for April it is between 4.5 and 5
million barrels. We are trying to increase our gasoline stocks,”
said Achmad Faisal, Pertamina’s marketing director.

JAKARTA, March 24 Asia Pulse - Indonesia will agree to Japan,
South Korea and Taiwan cutting their imports of liquefied
natural gas (LNG) up to 70 per cent of their total contracts.

The three countries which face a decline in LNG requirements,
have long term contracts with Indonesia to import a total of 1.2
million tons in 18 cargoes of LNG a year.

Head of the Upstream Oil and Gas Regulator (BP Migas) R. Priyono
said the LNG could be used for domestic industries.

State fertilizer factory PT Pupuk Iskandar Muda in Aceh could
use up to nine cargoes and liquefied petroleum gas (LPG)
industry could take up to six cargoes, Priyono was quoted as
saying by the newspaper Bisnis Indonesia.

Earlier it was reported the three countries may sell part of LNG
they import from Indonesia to other countries.

Hari Yulianto, the vice president of the state oil and gas
company PT Pertamina , said if they fail to sell the LNG, the
domestic market will have an opportunity to have larger supply
of gas.

Indonesia still needs a larger supply of gas to meet growing
demand for urea fertilizer basic material and other industries.