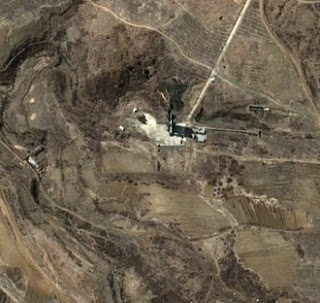 
Seoul/Brussels, 31 March 2009: A tough response to North Korea’s rocket launch would likely result in the demise of the talks to end its nuclear program and could risk a potentially devastating war, damaging to South Korea, Japan and the world economy.

North Korea’s Missile Launch: The Risks of Overreaction,* the latest report from the International Crisis Group, examines North Korea’s provocation and the way it leaves Japan, South Korea and the U.S. few good options. The prospective launch fits a pattern of North Korean attention-seeking when faced with stresses at home, political changes abroad or failure to get what it wants in negotiations.

“Even if the missile launch test is successful, it would only slightly increase security risks, while an overblown response would likely jeopardise the Six-Party Talks to end North Korea’s nuclear program”, says Gareth Evans, Crisis Group’s President. “What is needed is a calm, coordinated response from the key actors to raise pressure on Pyongyang to return to the talks rather than a divided reaction that only fulfils the North’s desire to widen splits among its neighbours.”

Security Council Resolution 1695 demands that North Korea not launch any missile, but Pyongyang argues – with support from some Security Council members – that this does not extend to a satellite rocket launch permitted under the Outer Space Treaty, and the legal issues are inconclusive.

An overreaction to the test that prompts the North to abandon the Six-Party Talks would strengthen hardliners in Pyongyang. The other five members of the Six-Party Talks should agree to a moderate set of measures that maintains their unity in the face of North Korea’s provocation. They could do this by issuing a joint statement condemning the launch as provocative in the current tense climate, reaffirming Security Council Resolutions 1695 and 1718, and demanding that North Korea return to the Six-Party Talks.

South Korea, the United States and Japan should agree on an overall package deal in exchange for major steps forward in nuclear and missile disarmament. Such a deal should be presented by a high-level U.S. envoy sent to meet Kim Jong-Il in Pyongyang, and then be endorsed in the six-party process.

“If the launch does take place, the best outcome for the international community is simply for it to fail, as an earlier test did”, says Daniel Pinkston, Crisis Group’s North East Asia Deputy Project Director. “If the rocket is shot down by either Japan or the U.S., the North Koreans would see this as a sign of Tokyo and Washington’s implacable hostility and almost certainly withdraw from the Six-Party Talks.”

The International Crisis Group (Crisis Group) is an independent, non-profit, non-governmental organisation covering some 60 crisis-affected countries and territories across four continents, working through field-based analysis and high-level advocacy to prevent and resolve deadly conflict.
Posted by Kerry B. Collison at 3:28 PM