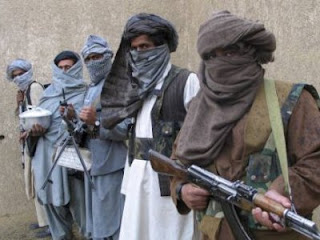 Pakistan: The Militant Jihadi Challenge,* the latest report from the International Crisis Group, warns of the expanding influence of radical Sunni groups which remain the primary source of terrorism in Pakistan. Fresh jihadi attacks in Punjab, the Northwest Frontier Province (NWFP), the Federally Administered Tribal Areas (FATA) and Balochistan’s provincial capital, Quetta, demonstrate the threat posed to the Pakistani citizen and state. These groups are simultaneously fighting internal sectarian jihads, regional jihads in Afghanistan and India, and a global jihad against the West. Their links to international networks like al-Qaeda make them even more dangerous than before.

“The Pakistani Taliban has attacked not just state and Western targets, but Shias as well”, says Samina Ahmed, Crisis Group’s South Asia Project Director. “Its expanding influence is due to support from long-established Sunni extremist networks, based primarily in Punjab, which have served as the army’s jihadi proxies in Afghanistan and India since the 1980s.”

Their continued patronage by the military, and their ability to hijack major policy areas, including Pakistan’s relations with India, Afghanistan and the international community, impedes the civilian government’s ongoing efforts to consolidate control over governance and pursue peace with its neighbours.

The aftermath of the Mumbai attack presents an opening to reshape Pakistan’s response to terrorism, which should rely not on the application of indiscriminate force, including military action and arbitrary detentions, but on police investigations, arrests, fair trials and convictions. This must be civilian-led to be effective.

“The international community, particularly the U.S., must reverse course and help strengthen civilian control over all areas of governance, including counter-terrorism, and the capacity of the federal government to override the military’s appeasement policies”, says Crisis Group President Gareth Evans. “They must be replaced with policies that pursue long-term political, economic and social development.”

“The current political crisis in Punjab will provide a decisive test for the Pakistan Peoples Party and Nawaz Sharif’s Pakistan Muslim League to resolve their differences through the political process”, says Robert Templer, Crisis Group’s Asia Program Director. “If the democratic transition falters, the military and the militants will be the sole winners. Genuine democratic governance, in FATA as well as the rest of the country is the best defence against the spread of extremism in Pakistan.”


The International Crisis Group
Posted by Kerry B. Collison at 2:43 PM