Living in limbo in Indonesia 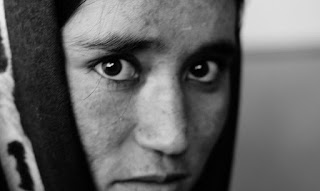 In recent decades, Indonesia has served as a transit point for asylum seekers, predominantly from the Middle East, who sought to reach Australia via ‘irregular means’, that is to say, by boat. In 2013, Australia enacted toughened border policies, the centrepiece of which was the military-led Operation Sovereign Borders.


These policies were successful in their aim to “stop the boats”, but in doing so created a ‘bottleneck’ — with Indonesia left to play host to a burgeoning number of asylum seekers and refugees who now spend years, rather than months, in the country.


There are now almost 14,000 asylum seekers and refugees in Indonesia, predominantly coming from countries outside the Southeast Asian region such as Afghanistan, Iraq and Iran. While their lives may not be at risk, a refugee’s time in Indonesia is plagued by uncertainty, and their basic human rights and economic, social and psychological needs can remain unfulfilled.


Indonesia is not a signatory to the 1951 Refugee Convention or the 1967 Protocol, and has authorised the United Nations High Commissioner for Refugees (UNHCR) to be the body responsible for refugees and asylum seekers during their stay in Indonesia. The government allows refugees to remain in Indonesia until they can be resettled to a third country.


The UNHCR is overstretched in Indonesia: lacking the funding and capacity required to manage an increasing number of individuals across a vast archipelago.


As such, while asylum seekers and refugees are permitted to live in the community in Indonesia, most are unable to receive any form of support. Many quickly become destitute and are forced to sacrifice their freedom for food by surrendering themselves to authorities to enter immigration detention. Doing so ensures they will at least have somewhere to sleep and something to eat.


In 2015, there were 2,237 individuals in temporary interception sites, 2,874 in community housing facilities run by the International Organisation for Migration, and 2,567 in immigration detention centres scattered across 13 Indonesian provinces from North Sumatra to West Timor.  Overcrowding is a persistent problem among detention centres, and cases of extortion, lack of access to legal representation and violence have been documented.


The remaining asylum seekers and refugees live independently in the community, typically in urban areas such as Jakarta or Bogor. They rely on savings or remittances from family members, and arrange their own accommodation and living needs. Many families, couples, and women choose to settle in and around Bogor, in addition to male bachelors who tend to live together in small houses. In many ways this is a preferable situation to detention. Yet the challenges of navigating a new language and culture often leave asylum seekers socially isolated, and they are vulnerable to discrimination and harassment.


The resettlement process is far from straightforward and the waiting time for resettlement continues to increase. There are no pathways available for refugees to settle in Indonesia, and despite their semi-permanent status in the country, they not permitted to work and have limited access to education and affordable healthcare.


Refugees in Indonesia must put their lives on hold, spending years in a transitional, intermediate state of limbo between persecution in their country of origin and the promise of safety and a new life in a country that will accept them as refugees.


The photos in Living in Limbo: The forgotten refugees of Indonesia give a revealing look into the daily lives of Afghan refugees living in Indonesia. Having left homelands no longer safe only to find the pathway to Australia closed, they find themselves in a foreign land unwilling to integrate them, awaiting a long and uncertain process to be resettled to a country willing to provide protection. Taken over a month-long period living in the homes of refugees living in the community in 2015, this series aims to move beyond the politicised view of refugees, by depicting the everyday events of a life in limbo, both mundane and intimate


The hospitality extended to me during my time in this community allowed me to witness the challenges faced by refugees living in Indonesia first-hand. The years spent years in living in limbo, and the resulting uncertainty, boredom, and inability to move forward with one’s life takes a severe mental toll. Yet I was inspired by the resilience and humour that refugees exhibited in the face of such unimaginable difficulty. As seen in these images, they carry on with normal routines, baking and cooking for one another, playing soccer and other games, holding vigils in protest of killings or acts of terrorism in their countries of origin, teaching one another English and other skills in the absence of formal education, and marking the passing of milestones like birthdays with small parties. Refugees, like all of us, make the best of their situation. But it is a tenuous and precarious situation nonetheless, and without any significant changes to regional refugee policy, more will come, and more will suffer their fate.


Short of a comprehensive regional approach to refugee management, Indonesia and Australia can both play a role. For Indonesia’s part, improving the refugee protection framework in the country would reduce uncertainty and vulnerability faced by the refugees. Ratifying the refugee convention and allowing those in the country to work and access education would be an opportunity to help thousands in need, and show leadership for human rights in the region.


On Australia’s part, it may consider reversing its decision to cease resettling asylum seekers who arrived in the country after July 2014, respond to Indonesia’s appeal that it accept more refugees from the country, and provide much-needed funding to the UNHCR Indonesia so that they may better support refugees in the country.


Whether these changes are politically tenable for either country remains to be seen, but private citizens can play a role in helping too, by donating to NGO’s who work to support refugees in Indonesia.


Thomas Brown is a researcher based in Indonesia, currently looking at the refugee situation and consulting for the World Bank on education policy.


This piece is published in partnership with Policy Forum – Asia and the Pacific’s platform for public policy analysis, opinion, debate, and discussion.
Posted by Kerry B. Collison at 12:07 PM