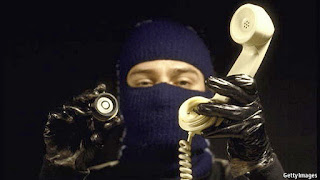 
The December 29 cable, seen by Fairfax Media, was sent on behalf of military chief Gatot Nurmantyo, and said activities under the joint operation and exercise sub

The suspension of military cooperation with Australia has been watered down is Indonesian President says relations are "in good condition."


There are four sub-committees under the Australia Indonesia High Level Committee, which brings together the chiefs of both Australia and Indonesia's defence forces and convened for the first time in April 2013.


Other sub-committees include intelligence and logistics.


Indonesian military spokesman Major-General Wuryanto confirmed to Fairfax Media that navy joint patrols and co-operation between the two countries to combat people smuggling had never been affected by the suspension.


For a dramatic two days it appeared Australia and Indonesia were facing another bilateral crisis after Indonesian newspaper Kompas broke the story that an Indonesian officer had complained about material taught at Campbell Barracks, an Australian army base in Perth.


After multiple and perplexing statements from the government and military that seemed to indicate a suspension of all defence ties, chief security minister Wiranto finally issued a statement on Thursday evening saying that only activities involving language training in a special unit in Australia had been suspended.


"This does not mean the termination of defence co-operation as a whole, as has been reported in the media lately," he said.


Defence analyst Evan Laksmana from the ‎Centre for Strategic and International Studies in Indonesia said it was wrong to suggest Indonesia wanted a blanket ban on defence co-operation with Australia and was now backing down.


"I have seen the letter from our side of things in which from the beginning it was always limited," he said.


"I think there was confusion because there was at least 24 hours before there was clarification from the parties concerned about the extent to which there is a freeze."


"I don't think it is true at all that ... we wanted a blanket freeze and now we are backing down."


Mr Laksmana also said there was no solid evidence that this was an individual attempt by General Nurmantyo to suspend military co-operation because he didn't like Australia.


"I think we need to be very careful with assigning personal motives to Gatot as to the reason behind the suspension," he said.


The executive director of the Institute for Defence, Security and Peace Studies in Indonesia, Mufti Makarim, said the internal cable, which was sent to the Indonesian infantry, navy and air force chiefs, only mentioned military co-operation under the joint exercise and operations subcommittee.


"It was not a postponement of all military cooperation between Indonesia and Australia," he said.


Australian Defence Minister Marise Payne issued a carefully worded statement on Wednesday saying that "some interaction between the two defence organisations had been postponed" until the concerns raised by the Indonesian officer were resolved.


"Co-operation in other areas is continuing," she said in the statement.


President Joko Widodo appeared to confirm the diplomatic rift the following day saying that while it was an operational issue it was a matter of principle and Australia and Indonesia had agreed to stay out of each other's internal affairs.


However his chief security minister later released the statement saying the suspension only affected the language training program and the problem would not interfere with bilateral relations.


Indonesian defence expert Natalie Sambhi, a research fellow at the Perth USAsia Centre, believed some element of the suspension was certainly meant to be a reprimand to Australia because of the sensitivity of West Papua.


"I'm curious about why the  messaging out of Indonesia was so messy, not only between the agencies but also between Gatot's office and the navy," she said.


"It suggests to me that this was always intended to be limited, in hindsight, now we think about it."