A New Cyber Agency for Indonesia? - Indonesia stands on the cusp of setting up a cyber agency amid grown threats 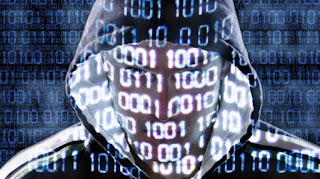 A New Cyber Agency for Indonesia? - Indonesia stands on the cusp of setting up a cyber agency amid grown threats


Indonesia has long debated whether it should set up a national cyber agency in the wake of the rising threats in the cyber realm. Though momentum had been built up for the establishment of the body into 2016, prospects had since dimmed, with President Joko “Jokowi” Widodo raising doubts about it last September.


Of late though, the momentum has been swinging the other direction. Last week, Indonesia’s Coordinating Minister for Political, Legal, and Security Affairs General Wiranto indicated that the establishment of the body is all but certain. Wiranto said that Jokowi had instructed him to set the agency up, and that it could be completed as early as sometime this month.


The case for establishing such a body is clear. Indonesia has long been one of the world’s most vulnerable countries to cyber attacks, and the challenge has grown at an alarming rate over the years (See: “Indonesia’s Cyber Challenge Under Jokowi”). During the past few months, Indonesian officials have been emphasizing the full spectrum of challenges that the country confronts in the cyber realm, not just in terms of national security or e-commerce but also in the distribution of so-called fake news and even e-voting.


In terms of implementation, Wiranto has said that the Indonesian government has already taken preliminary steps towards the establishment of the national cyber agency, such as conducting research as well as having meetings on what steps will be required.


Other voices have also been chiming in with their support for the move. Indonesia’s police chief, Tito Karnavian, stressed the significance of the agency and clarified that there would not be an overlap with how things are handled on the law enforcement side. On the legislative side, Setya Novanto, the House Speaker, and Abdul Kharis Almasyhari, an Indonesian lawmaker who oversees foreign and defense affairs, have also spoken about the wisdom of the move.


Nonetheless, there are still lingering questions about the new body as it moves closer to realization. As I have emphasized before, there is no shortage of obstacles to setting up a new agency, including bureaucratic competition, interagency coordination, the lack of human resources, technology, and funding, and fears among some about the erosion of freedoms. How some of these concerns will be addressed will be interesting to watch if indeed we do witness the birth of an Indonesian cyber agency.

By Prashanth Parameswaran for The Diplomat