Australia & Indonesia Storm in a Teacup 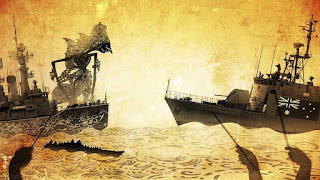 
Ryamizard said this includes an insult against Indonesia with the mention of controversial issues surrounding Papua, Timor-Leste and the former Indonesian Communist Party (PKI).


"In principle, it is not their [Australia's] policy. It was a personal act. They regret what happened and have acted firmly against the perpetrator," Ryamizard said in Jakarta on Thursday (05/01).


The Australian government has sacked the officer responsible from his position as principal of a military academy and launched an investigation into the incident.


"They [Australia] have apologized and sacked the principal of the institution," Ryamizard said.


The incident occurred when a language instructor from the Indonesian Army's Special Forces Command (Kopassus) received learning material that contained references deemed offensive to the country, such as a misspelling of Pancasila as "Pancagila," which can be translated as "crazy five."


The materials were identified during a joint training session at an Australian military base in Perth.


"I am a friend of Air Marshall Mark Binskin. I have replied to his letter thanking him for the apology. We have suspended the joint training, as discussions will continue after the investigation ends," Gatot said.